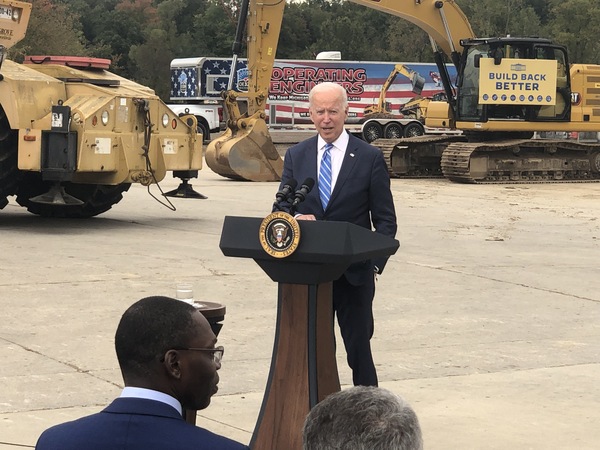 
President Joe Biden has a pretty good sense of humor - that’s according to Howell Mayor Nick Proctor who made the remarks following last week’s visit to a union training facility.

At Monday night’s City Council meeting, Proctor reported that last Tuesday he welcomed President Biden into Livingston County and the City of Howell. He said he was pleased to represent the City at the event, the speech was good, and he had an opportunity to shake the President’s hand and welcome him into Howell.

The visit was marked by hundreds of protestors who lined the streets with signs and flags featuring obscenities.

Mayor Proctor told Council his interaction with the President was actually kind of funny and commented he had a good sense of humor, knowing that Livingston is a deep red county. Proctor said after he was introduced, the President smiled and shook his hand and said “Mr. Mayor, I just want to thank you for issuing a passport into your fine county.” Proctor said he laughed and responded that the President was welcome here any time. He commented that the President really had a good sense of humor and thinks “the visit went well despite some nasty signs but the 1st Amendment can be awfully messy”.

Proctor concluded by saying he thought the visit went well, it highlighted the county and he was happy to represent the City.