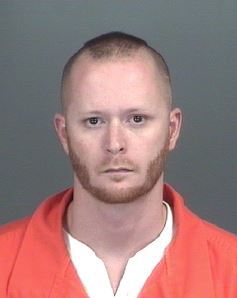 A felon and registered sex offender who evaded police for over two months has been bound over for trial on a felony stalking charge.

38-year-old Edward Franklin Hulbert of Howell was recently bound over to Livingston County Circuit Court, after District Court Judge Suzanne Geddis determined there was enough evidence to send his case to trial. Hulbert is charged as a 4th time habitual offender and is facing one count of aggravated stalking.

Hulbert, who is known to have an extensive and violent criminal history, was wanted on two outstanding felony warrants; one for the aforementioned charge and another for a probation violation on a felony assault charge. Court records indicate the aggravated stalking incident occurred September 27th. A warrant for Hulbert’s arrest was issued and he remained at large until Howell Police received a tip that led to his arrest in December.

Prior to his arrest, the Livingston County Sheriff’s Office received information that Hulbert was at a residence in the City of Howell. On October 11th, the Sheriff’s Tactical Response Team was activated, but Hulbert was not found at the home at that time. He evaded police for over two months, but was taken into custody without incident when he was arrested in December.

Hulbert is a registered sex offender, related to a 2003 conviction of criminal sexual conduct with intent to commit sexual penetration. Future court dates have not been set at this time.(DK)