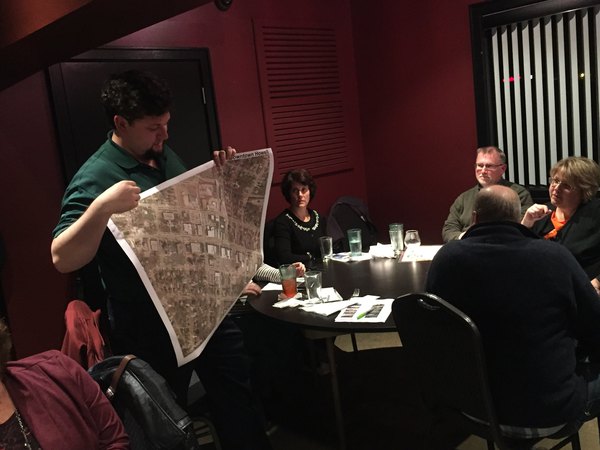 Community members had the opportunity to share their thoughts on the future of Downtown Howell at an input session hosted by Howell Main Street Inc.

The forum, held at Block Brewing Company in Howell Tuesday, sought feedback from residents, developers, and property and business owners. The event was separated into two parts, the first being a presentation of results from a recent survey that also sought community members’ input on the future of Downtown Howell. Jay Schlinsog, Principal with Downtown Professionals Network, says nearly 800 people responded to the community-wide survey, offering their opinions on land uses, services and experiences that could make the region a more dynamic area.

Guests then sectioned off into groups and each was given a map of the downtown area with markers to indicate what they’d like to see added and what they could do without. Schlinsog says a common theme among the group was a desire to preserve Howell’s history. Schlinsog says it appears to be very important to community members to retain the things that distinguish Howell from other places. He also says it’s very apparent that residents want any new development to honor the past, while remaining complimentary to what makes Downtown Howell so unique.

Schlinsog says the information gathered from the forum and the survey will now be used to produce future concepts for the area. Those ideas will be presented at an open house at the Howell Carnegie District Library on Thursday. The public unveiling will take place in the Meabon Room from 4 to 7pm and the community is encouraged to attend. (DK)