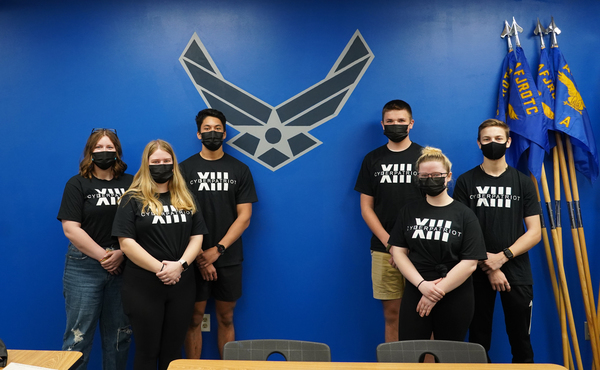 Cadets from Howell High School’s Air Force JROTC (AFJROTC) program recently concluded what was described as an exceptional season of CyberPatriot, the Air Force Association’s National Youth Cyber Defense Competition. The competition challenges teams of students across the United States, Canada, and other schools abroad, to find and resolve cybersecurity vulnerabilities in simulated environments. The top teams from the preliminary online rounds earn a place at the Virtual National Finals Competition, where students compete for national recognition and scholarships.

A press release states that Howell’s team excelled in the qualifying rounds; demonstrating teamwork, critical thinking skills, and technical knowledge that’s key to a successful career in cybersecurity. The team’s performance earned it a spot in the Semifinal Round, during which it outscored other teams to win second place overall in the Platinum Tier of the All Service Division.

The CyberPatriot field is divided into three divisions – the Open Division for public, private, and home school teams, the All Service Division for JROTC, Civil Air Patrol, and Naval Sea Cadet Corps teams, and the Middle School Division. Based on the results from previous rounds, CyberPatriot XIII high school teams were categorized within their divisions as Platinum, Gold, or Silver Tier teams, with Platinum Tier teams representing the highest-scoring teams.

Howell’s team was one of over 4,800 teams registered to compete in CyberPatriot XIII. Lt. Colonel Franz said the team has worked hard over the last three years, improving their skills every year and she’s very proud of their dedication and determination to keep improving and set their goals high.