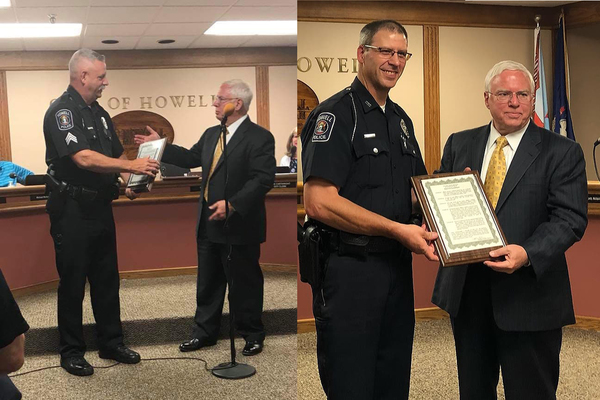 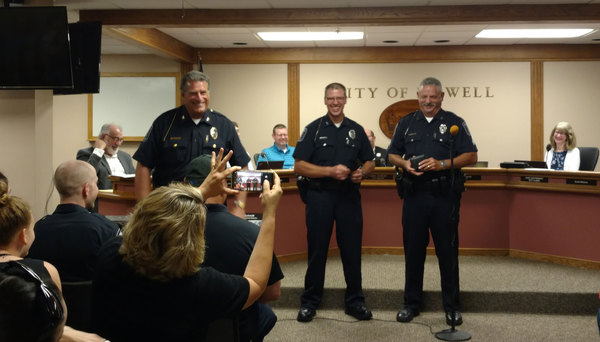 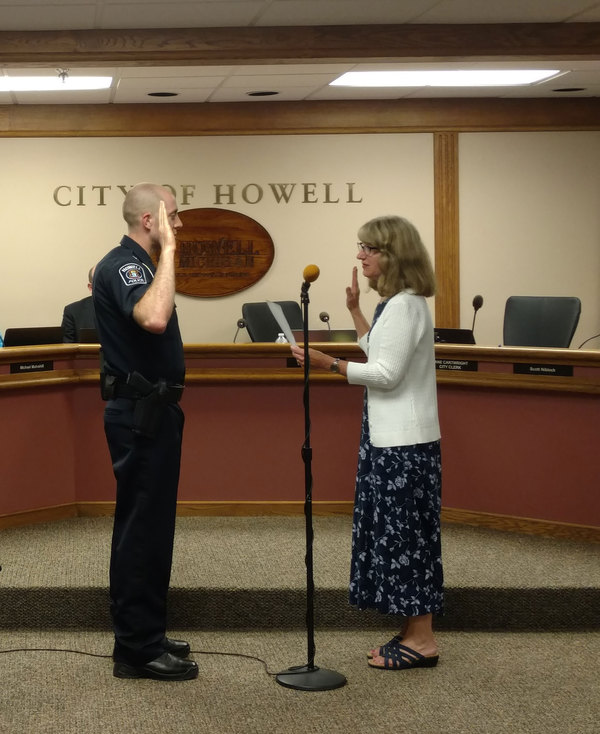 Two longtime members of the Howell Police Department are retiring.

Mayoral proclamations were delivered to Sergeant Jeff Woods and Officer Darren Lockhart during Monday night’s Howell City Council meeting as they retire and move on to the next chapters in their lives. Both were presented with retirement badges after the proclamations were read aloud detailing their achievements and strengths and they were acknowledged by Council members.

Police Chief George Basar told WHMI it was a day of transition as they’re losing two long term employees with over 50 years of combined institutional knowledge due to the retirements. At the same time, Basar says they’re welcoming Aaron Reynolds as a new patrol officer, who will start the chapter on the next 25 years. Reynolds was sworn in and presented with his official badge in a separate recognition during the meeting. Basar says Monday was his first day and they’re looking forward to him getting started. He says they currently have a second officer going through the background process at this time and are anticipating that officer will be able to come on board within the next 2-3 weeks.

An impromptu recognition also happened during Monday night’s Council meeting. Livingston County Undersheriff Jeff Warder presented Howell Mayor Nick Proctor with a citizen’s award for his actions in assisting on the scene of a plane crash in January of 2017. A New York man luckily survived after his two-engine jet skidded off the runway at the Livingston County Airport, ripping off the wings, which then burst into flames. The pilot, who was the only one on board the plane at the time, was trapped inside the fuselage, which continued on across Tooley Road into a field. Proctor was on his way to a Howell Rotary meeting, which was being held at the EMS Center next to the airport, and as he approached Tooley Road, he saw a plane skidding off the runway into a field. He and two bystanders ran over and were able to safely pull the man out of the wreckage.