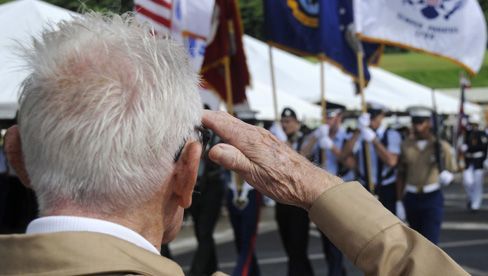 An annual event at Howell High School on Veterans Day will pay tribute to those that have served and honor their sacrifice.

The assembly will be held this coming Monday at the Howell High School Rod Bushey Performing Arts Center and begins at 9:30am. The event will kick off with a meet and greet session at 8:30, with program seating then starting at 9:15. The assembly will feature the high school’s band and choir, which will perform various songs and the National Anthem, as well as Howell City Police School Resource Officer Donald Banfield as the key note speaker. Banfield will speak about his experience as a member of the United States Marine Corps. The assembly will be led by the High School and, for the first time, Howell’s Air Force JROTC program.

Nick Peddie and Lillian Vincent, both of whom are a part of the AFJROTC, recently appeared on WHMI’s Mike & Jon in the Morning. They say the school’s AFJROTC is comprised of 109 cadets that work to be as active as possible in the community by performing acts of service. Peddie and Vincent became involved in the class by following in their older siblings’ footsteps who too participated. Vincent says the cadet-run program is a great leadership opportunity.

All veterans and their families are invited to attend Monday’s assembly. More information can be found at the link below. (DK)