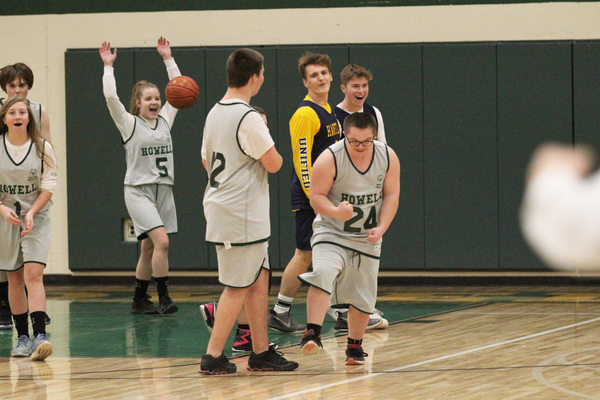 
An area high school has been honored as the Michigan’s only school named to the 2020 Special Olympics Unified Champion Schools ESPN Honor Roll.

Special Olympics North America and ESPN announced that Howell High School was named to the Honor Roll, which celebrates the top UCS National Banner Schools from around the country. Howell High School joins 35 other schools in receiving this honor and is the only school in Michigan to be named to this year’s honor roll.

Erin MacGregor, Howell Public Schools superintendent, said he was “beyond proud of the work that Howell High School has put into building its Unified Champion Schools program,” adding that the school has embraced the ten national standards of excellence developed by Special Olympics and embedded these into the daily culture of the building. “Being named to the ESPN Honor Roll just two years after launching its UCS program is a tremendous honor that truly highlights the school’s dedication to this program and to creating an inclusive environment.”

Dan Ekonen is the Senior Director of Program leadership for Special Olympics Michigan and said the organization is “thrilled” that Howell High School made the list this year and “proud of how they have fully embraced what it means to be a Unified Champion School at the highest level.” Ekonen said in just a few short years Howell has created inclusion throughout their building for all students, “this is evident when you walk into Howell High School on game day and see parents, students, and staff wearing Unified Pride on their shirts, by offering multiple Unified Sports throughout the year, raising funds through Senior Survivor and how they empower their students to be leaders in the building.”

On Monday, October 12, ESPN will announce its Top 5 UCS Schools, which will be selected from the 36 Honor Roll Schools.