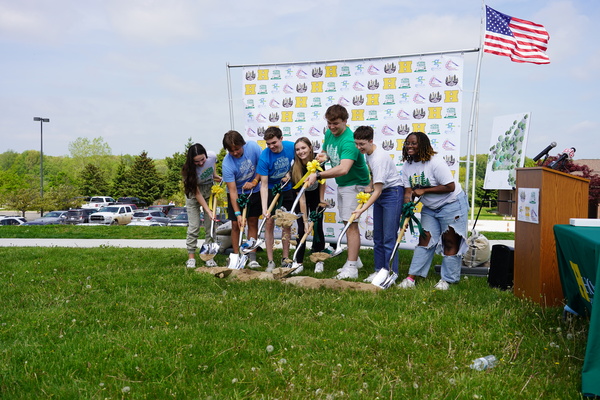 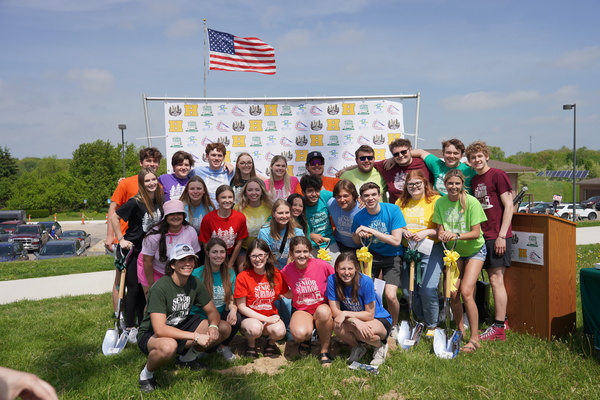 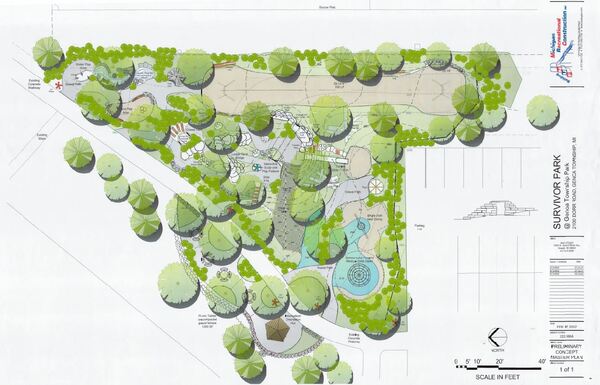 
A large group gathered for a windy groundbreaking ceremony Friday at the site where a new all-inclusive playground will be constructed, thanks to a massive fundraising effort by local students.

Through Howell High School's annual Senior Survivor fundraiser, students have raised more than $450,000 over the past two years to fund the construction of the inclusive playground.

Senior Survivor is an annual event at Howell High School. Each year, 16 seniors moved into the school with the goal of remaining in the competition until Friday. At the end of each day, the two seniors who have turned in the least amount of money are eliminated from the competition.

Senior Survivor Playground is being built in partnership with Genoa Township and Michigan Recreational Construction.

Senior Survivor Playground will be an inclusive playground that allows people of all abilities to play together. In addition, the playground will consist of natural elements and textures such as logs, stumps, ropes, boulders, and plants.

Natural playgrounds are designed to present opportunities for individual exploration and discovery and collaborative play. While playing at Senior Survivor Playground, children will develop physical, imagination, and problem-solving skills through self-directed play.

It was stated during the ceremony that people of all abilities in the community will be able to come together in the space for generations and together, they’re leaving a legacy of love, hope and freedom to explore.

The final tally for Senior Survivor 2022 was announced and students raised $232,369 this year. Another big announcement was made in that with additional donations received, Senior Survivor has now raised more than one million dollars for various non-profit organizations over the past 15 years. Both were followed by loud cheers and applause from the audience.

Class President Molly Perrin told WHMI they wanted to do something to charter inclusion, positivity and love in the community but also something tangible to physically see what was done with the money raised. She says the groundbreaking event was their official start date and they hope to have the project finished by the end of summer in late August or early September.

Perrin said the site selection was a no-brainer as the team at Genoa Township was very welcoming and amazing to work. She said a huge thank you is owed to community members, as they couldn’t have done it without them.

Perrin said the playground will have natural elements with a water feature and a lot of natural textures like logs and ropes and be accessible for people of all abilities. She added they really thought a lot about different aspects and gave one example that if someone has a hearing aid, they’ll be able to go down the slides. Perrin said sometimes with metal slides the frequency will hurt the hearing aid.

Perrin says they felt the community needed something to bring them together and she feels that Howell has a history of inclusion, specifically mentioning its Unified basketball team. Howell High School was named to the 2020 Special Olympics Unified Champion Schools (UCS) ESPN Honor Roll for its efforts in promoting an inclusive school culture for students with intellectual disabilities.

Over the past 15 years, Senior Survivor has raised money for various groups, including the American Foundation for Suicide Prevention, Children's Leukemia Foundation, and the Friedreich's Ataxia Research Alliance.