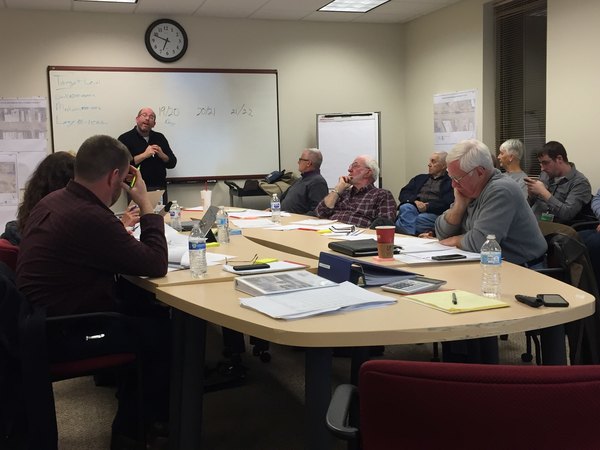 The Howell City Council has scheduled another work session as it navigates through the 2019/2020 budget process.

Council is looking at potential reductions tied to a structural deficit in the neighborhood of $200,000 to $300,000 so cuts will need to be made to facilitate a balanced budget and Council held an initial work session in early February. Last November, voters turned down a Headlee Override request that would have generated funds to be used primarily on roads and infrastructure, but also help correct the deficit and maintain city services at present levels. After the November election, City Manager Shea Charles says Council began conversations with staff to evaluate options to permanently reduce the city budget by about $200,000 to $300,000.

Charles says the first step was determining what level of cuts and reductions Council wanted to look at and how to handle funding infrastructure. At that time, Council members determined that they wanted to maintain a focus on services and not incorporate any major infrastructure funding, outside of projects that have a minimum of 80% construction grant. Charles tells WHMI they are now in the process of preparing the 2019/2020 budget and identifying overall structural changes to position the city so it has a balanced budget going forward based on future projections. Charles noted that these are the resulting challenges of the broken system with the way Michigan funds local governments. He noted a number of communities went out for Headlee Overrides this past year, which indicates the way that the state funds local governments is broken. He says communities are now forced to try and look at local solutions since the state abdicated all of their responsibilities.

The City went through a massive downsizing in 2008 so a lot of efficiencies have already been gained. The target fund balance will remain 20%. A number of topics and potential reductions have been discussed, with some areas of agreement among members. Eliminating the city calendar would save $6,500, eliminate a $50,000 transfer to street funds, eliminate Balloonfest mayor pins for $1,500 and not fill a vacant police officer position for a $70,000 savings. There is also talk of eliminating sidewalk snow removal except in the central business district and council inquired about options to increase the garbage millage to fund leaf pick-up.

The work session will take place next Monday, March 4th at 6pm in the 2nd Floor Conference Room at Howell City Hall on Grand River. (JM)