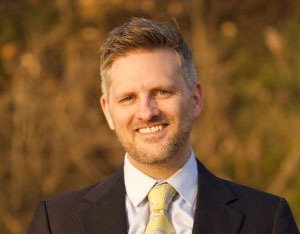 
It appears everything is in order to hire the City of Howell’s next manager.

Council met virtually Monday night and unanimously approved a motion to approve the employment agreement between the City and Paul DeBuff and authorized the mayor and clerk to sign the agreement. The contract calls for a base salary of $105,500 – with eligibility for a 3% salary adjustment after a six month performance evaluation. DeBuff will also receive a lump sum of $7,800 for the expenses of packing and moving. DeBuff was selected as the top choice for the city manager post following a lengthy ten hour online session in April. He is the current Director of Administrative Services and Assistant to the City Manager in Celina, Texas. DeBuff is also a certified Government Finance Officer and brings six and a half years of municipal experience. Contract negotiations have been occurring and DeBuff was in town recently. He was able to tour the community and various amenities while meeting with council members, key staff, community leaders and several local business owners.

Mayor Nick Proctor commended the city attorney and staff for all of their hard work, noting a lot of time was spent going through contract nuances when DeBuff was in town. Proctor stated he received a text last Thursday from DeBuff indicating his pleasure with the contract, wondering when it would be signed. Proctor said that will likely take place this morning. He said DeBuff indicated that once the contract was signed, he would submit his letter of resignation to his current employment in Texas and give them a one month notice. Proctor said the hope is DeBuff will be on board somewhere between mid-June and July 1st.

Interim City Manager Erv Suida has been holding down the interim position since former City Manager Shea Charles resigned last May. Suida says he’s excited and looking forward bringing DeBuff on board and working with him, adding he thinks all of staff is excited for a new direction and new leader. Mayor Pro-Tem Steve Manor commented it’s a good contract and he’s also looking forward to working with DeBuff. The full contract can be viewed in the attached City Council packet.