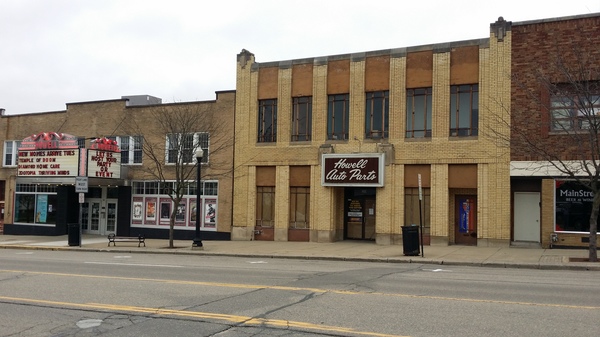 Another redevelopment project in the City of Howell is moving forward.

The building known as “The Pearl” at 309 East Grand River is owned by Jeff Doyle. They are said to be ready to go on an estimated $2.2 (m) million redevelopment project on the building that is considered “functionally obsolete”. City Council met Monday night and approved a Brownfield Redevelopment Plan and a Brownfield Reimbursement Agreement, which would allow Doyle to capture any tax growth created by the project to reimburse and offset investment costs. The mechanism allows additional taxes created from the project to be diverted for a period of time to pay for eligible project expenses, such as demolition activities and lead and asbestos abatement. A memo noted the City finance department reviewed the financial portions of the plan and believes they are reasonable assumptions.

Doyle told Council during the meeting that he and his wife bought the building in December of 2016 as their goal always been to live on the second floor of a building in downtown. He said they didn’t want something so big but that was what became available and “boy what a whale they picked up”. He says it was built in the 1920’s and then burned in 1935, and essentially became functionally obsolete at that time. Doyle noted the building was originally three stories but the top was chopped off and the second floor was never put back. His plan is to completely demolish the inside of the building and put in all new utilities, heating and cooling, electrical and water and sewer. Doyle says they’ll put in a new second floor and live there, with some apartments behind them and then space for retail or a restaurant on the first floor. He indicated a desire to keep an art-deco theme for the building with some exposed brick.

Interim City Manager Erv Suida tells WHMI they are in the final stages of getting the brownfield redevelopment site up and running and they’re excited about it as it will be a nice development in an area of town that could use it. He says the property was considered “functionally obsolete”, which qualifies the owner Brownfield Redevelopment funds – essentially allowing them to capture taxes that are incremental to the improvement. Suida says the owner would pay the same taxes they currently pay but any increases to those taxes from the development would be paid to the city and then reimbursed back to the owner to cover costs. He says those costs that are eligible through Brownfield Redevelopment include environmental mitigation, some demolition and some other things that are monitored by the state. Suida says it gives properties that are obsolete the opportunity to be redeveloped into something that is functional, usable and good for the downtown.

The Downtown Development Authority still needs to approve an Interlocal Agreement for the project, which allows the Howell Brownfield Redevelopment Authority to capture the increased tax revenue from the project instead of the DDA for the length of the plan. The item will appear before the DDA board at their meeting this Wednesday. If that happens, then the plans will move on to a state-level review through the Michigan Economic Development Corporation and the Michigan Strategic Fund. Based on decisions, City staff said it’s confident the project will be well received. Once he gets through the state process, Doyle hopes to begin construction in January or February and have the project completed by late 2020 or early 2021. (JM)