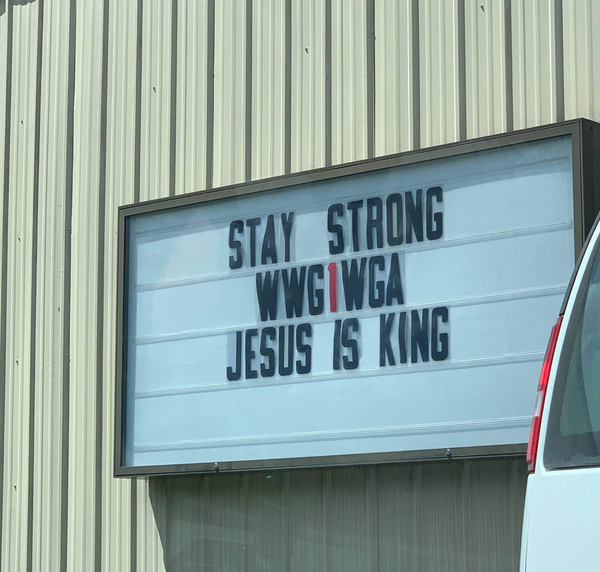 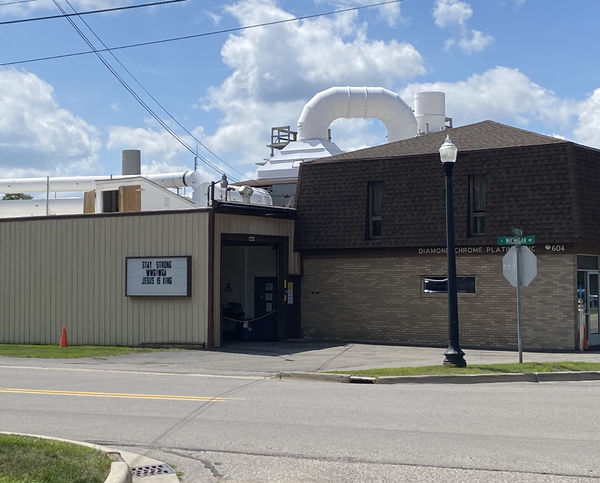 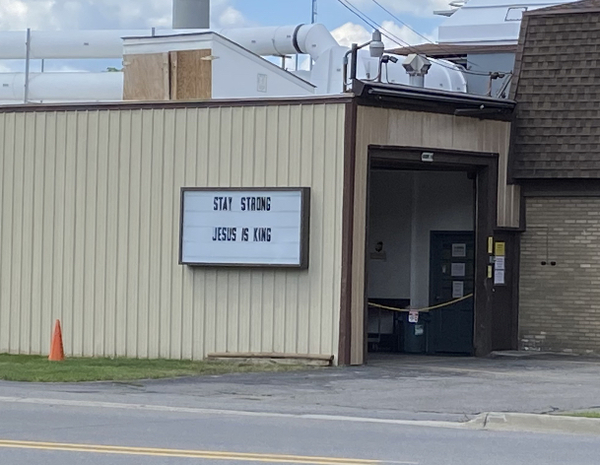 
UPDATE: Diamond Chrome has now removed the QAnon acronym. (See bottom picture) In addition, April Smith, Vice President of Diamond Chrome Plating, Inc., also has since responded to WHMI's inquiry about the phrase, saying "it doesn’t matter whether we do subscribe to the philosophy or not and have the right not to answer as it isn’t anyone’s business even if they contact the media."


Questions are being raised about a Howell manufacturing company, which is already under scrutiny by the state over air quality concerns, after it posted a message on its building with a well-known phrase used by adherents of the QAnon conspiracy.

Several residents last week noticed a sign on the side of Diamond Chrome Plating’s facility on S. Michigan Avenue that stated, “Stay Strong WWG1WGA Jesus is King”. The acronym WWG1WGA stands for “Where We Go 1, We Go All” and is used prominently by supporters of the QAnon conspiracy theory, described by the Global Network on Extremism and Technology as “a decentralised violent ideology rooted in an unfounded conspiracy theory that a globally active “Deep State” cabal of satanic pedophile elites is responsible for all the evil in the world. Adherents of QAnon also believe that this same cabal is seeking to bring down President Trump, whom they see as the world’s only hope in defeating it.”

One resident living near the facility, who did not want to be identified out of fear for their safety, told WHMI that the message was “extremely troubling” and asked, “What is happening to our city?”

A message seeking comment and clarification on the message has been sent to Diamond Chrome management but has yet to be returned. This is not the first time the company has been in the headlines.

Most recently, a fire in April at its facility created concern among residents about possible toxins being released. That was preceded by notice in November of 2019 by the Michigan Department of Health and Human Services ordering the company to cease using a chemical called trichloroethylene, or TCE, in its manufacturing operations, after it was detected in the air outside the facility. The company eventually switched to a different compound and entered into a restrictive covenant with the City of Howell governing its operations.