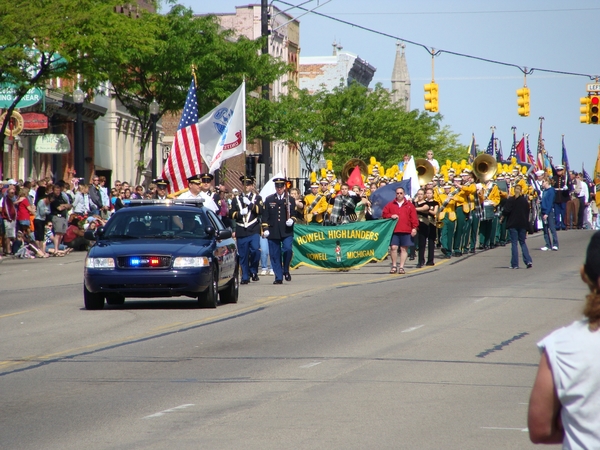 The community is stepping up to help fund a long running event in the City of Howell.

The annual Memorial Day parade is organized every year by the American Legion Devereaux Post 141 in Howell. This is the first year of a new policy in which the city charges 50% of costs incurred to those who are putting on different events. The city previously absorbed all of the costs for things such as policing but is now faced with mounting budget challenges. The American Legion had sought a waiver for the estimated $1,700 fee for the parade as it would be a financial burden on the organization but the request was voted down unanimously to avoid setting any precedents. Afterward, Howell Mayor Nick Proctor and Mayor Pro-Tem Steve Manor announced that they would personally pay for the fee and split the cost but stated the American Legion will need to figure out a long term solution to pay the fee.

During Monday night’s meeting, Proctor announced that a lot of people and businesses have really stepped up and pledged donations that will fully cover the cost for the American Legion. Proctor said it was very heartening to see the wide spread community support and it’s important to continue to honor the men and women who have given their lives. He stressed that it is unfortunate and no one is happy with the changes but the city’s financial position is such that they have to do something. Proctor noted the City is still funding half the cost of events and they need to be fair and consistent when considering event waivers.

Two residents spoke during call to the public in regard to the parade. One of them was Joyce Fisher with the Howell Area Archives, who feels the city should not charge the American Legion for the parade as historically it was a city-initiated event to honor the nation’s war dead that was organized by various veterans groups, most recently the American Legion. Fisher also says it would not be setting a precedent as this is a highly unique event that makes no profit and was established on a national holiday. That sentiment was echoed by Councilman Randy Greene, who was absent from the meeting when the vote to deny the waiver took place.

Mayor Pro-Tem Steve Manor suggested Council create an ad-hoc committee to explore other options for next year and examine having the city consider organizing some sort of celebration but perhaps not a parade. (JM/JK)