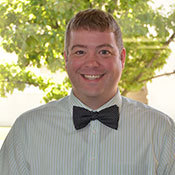 
The City of Howell’s Community Development Director is departing.

At Monday night’s Council virtual meeting, City Manager Paul DeBuff announced that Tim Schmitt is moving on and has put in his notice. Schmitt has been with the City for roughly 6-and-a-half years.

It was stated during the meeting that it will likely take several months to try and find someone to fill Schmitt’s spot as it is a very specialized kind of role and the City is currently recruiting now. In the meantime, the City will be working with a consultant to bring in some interim services.

Mayor Nick Proctor thanked Schmitt for doing such a fantastic job and said he’ll be missed. Councilman Steve Manor echoed those thoughts. Manor said there is a long list of significant projects that got done via grants and other means that Schmitt was absolutely instrumental in helping the City get. He said he was sorry to see him go and stated that Schmitt did a lot of major projects and it will be extremely challenging to find an adequate replacement – further thanking him for everything he’s done.

Schmitt told WHMI “I was recruited by the Charter Township of Meridian to take over for their retiring Director of Planning and Community Development after his 41 year career with the Township. I accepted, as I will be five minutes from home with this new position and will get more time with my precious three year old and wonderful wife. I'm eternally grateful for former City Manager Shea Charles for giving me the opportunity in Howell to grow my career and for the amazing employees of the City. Howell is lucky to have a City Staff full of amazingly kind, intelligent, and hardworking people that all care deeply about the City. I will miss my coworkers and wish them and the City nothing but the best”.

Schmitt’s last day will be May 7th.