Short Web Series To Be Filmed At Howell's Scofield Park 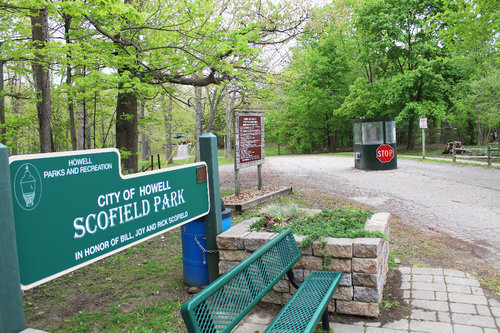 
The filming of a short comedic web series is expected to be taking place in the City of Howell this month.

Camden Crowe is a senior studying film at the College for Creative Studies in Detroit. He was before Council at a recent meeting requesting permission to film his senior thesis in Scofield Park on Thompson Lake, saying he’s spent the past year writing and developing the sketch comedy web series called “Park Guard”.

In a letter, Crowe said the series is very special to him and it would mean a lot if he could film it in the park it was originally based on. While working with some of his closest childhood friends at the park, he said they constantly talked about how funny it would be to film a television show based on all of the things that happened while they worked there.

Crowe told Council that he’s both writing and directing the series and has a small role in it and the majority of content is based on real things that happened when he was working. He added that the only names he’ll be using are those of cast members, who will be playing themselves.

Council was excited about the concept but there were a few reservations raised.

Outgoing Councilwoman Jeanette Ambrose commented that she was glad he thought of the City for the project but expressed some reservations about content that could potentially hurt the City with not knowing more about the script or seeing it in advance.

Councilman Bob Ellis, who was just elected Mayor, said when it came to using the park name from his perspective, it might be good publicity – unless it was content that could make the City look bad. Ellis clarified that he wasn’t interested in censoring Crowe in any way but wanted to make sure it doesn’t appear as though the City is endorsing it in some way.

Crowe stated that “he doesn’t plan on trashing the park” and was fine with using the name or not. He also stated he would also work with City staff and review content prior to posting anything online.

Council unanimously approved the civic event application for the project. Filming is expected to take place this month.