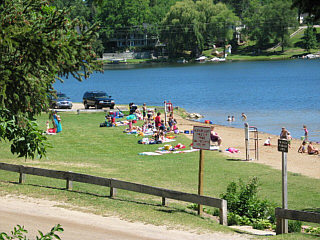 
The City of Howell is re-taking over management of the boat launch and Scofield Park to help offset rising expenses and continued budget challenges.

The City has had an agreement with the Howell Area Parks & Recreation Authority or HAPRA and pays $45,000 for the management of Scofield Park and the Thompson Lake boat launch. The City-owned facilities are used by all members of HAPRA at the same level of access as city residents but the City bears all of the costs for maintenance and other items. Last year, that cost averaged $195,000 for the City.

The City has been battling reduced revenues over the past decade, which was tied to the 2007 recession as well as reduced state revenue sharing for how municipalities. It has had to do some creative budgeting and made various cuts and continues to seek out grants and look at ways to generate revenue. The City has over $30 (m) million in capital needs, which includes over $1 (m) million in needed park improvements. The City will also be losing an additional $100,000 annually as Huntington Bank is not renewing its lease.

Thus, a plan was put forward to help reduce expenses and increase revenues by removing the launch and park from a management agreement with the Howell Area Parks & Recreation Authority or HAPRA.

City Manager Erv Suida told WHMI says they’re taking over management of the boat launch and reworking the rules. He says City residents will get two free passes and they’ll create a user fee to help share the burden of costs.

The costs are related to operations and maintenance, which the City currently pays 100% for. By taking the park and boat launch back under management, Suida says they can charge users appropriately and regain some of those costs.

The changes are also designed to help reduce overcrowding and other issues. There have been complaints from residents and visitors about overcrowding, booths not being properly staffed, and parking problems.

The City should realize between $80,000-$120,000 in revenue from the changes, which are expected to be finalized at tonight’s City Council meeting.

A historic agreement remains in place with Oceola Township, as half of Thompson Lake is located there. Thus, those residents will continue to receive a free boat launch pass. Current daily fees are expected to remain the same - $10 for a daily park pass and $20 for a daily boat launch pass.