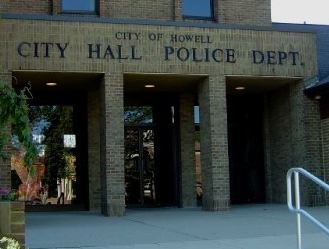 The Howell City Council met recently and approved a resolution related to employee health insurance for the 2019 plan year.

Public Act 152 of 2011 requires employee health insurance cost sharing for school districts and all municipal units, including authorities. The law allows a city to adhere to a hard cap and require a 20% employee contribution or opt out on an annual basis. In light of a seven-year wage freeze and employees agreeing to either a HMO plan design or higher contribution levels toward their deductibles with a PPO plan, staff recommended opting out of Public Act 152. A staff memo noted that compliance with Public Act 152 can be achieved by either opting out, negotiating a 20% cost sharing, or staying under the hard cap. The resolution recently approved by council applies only to the 2019 plan year. The City of Howell is said to have worked well with various employee groups to control health insurance costs and thus Council adopted the resolution that will opt the city out of Public Act 152. It’s been a longstanding practice and in the event the City did not comply with the Act, there could be penalties involved.

City Manager Shea Charles tells WHMI the State of Michigan determines on an annual basis how much a community can spend on health insurance on its employees. He says the City looks to potentially exceed the set cap in the 2019 calendar year; however it’s based what they think will be the worst case scenario of utilization. Charles says if their utilization pattern holds, as it traditionally has for the last several years, they expect to be under the cap but they always err on the side of caution. Charles noted it’s also indicative in that employees have really worked with the community over the years between accepting multi-year wage freezes as well as adjustments in health insurance. Charles says employees are paying more for health insurance than they have in the past and it’s really helped the City control those costs and by doing the “opt out”, it continues to honor that partnership. (JM)