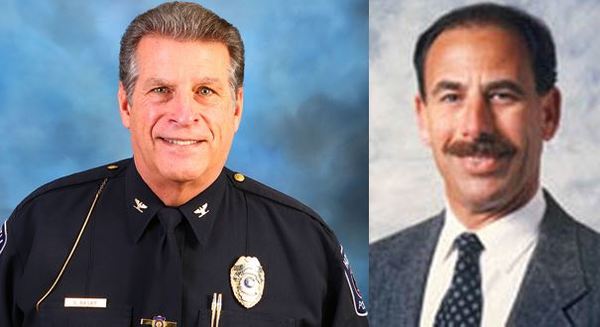 
Proclamations of recognition were presented during Monday night’s virtual Howell City Council meeting to two recently retired individuals for their service and leadership to the community.

The first proclamation was presented in appreciation of recently retired police Chief George Basar’s for his 14 years of service to the City and a deserving retirement after 47 years in law enforcement. Basar was said to have brought a history of progressive and collaborative management, extensive knowledge of modern police practices, a strong commitment to community policing and a record of community service to the role. The proclamation stated he almost immediately introduced a community policing philosophy to the department and focused on extensive training. It noted Basar mentored existing officers and new recruits - instilling dedication and professionalism and providing encouragement to excel for advancement opportunities. Those efforts were said to have shaped the department and culminated with it becoming the first accredited police agency in Livingston County.

The proclamation was read aloud during the meeting, with Mayor Nick Proctor commenting it was a shame the presentation had to be done electronically. He said Basar was known for his clever negotiating style, dedication to training and excellence in the police profession. Proctor said Basar delivered strong, stable leadership and provided a respectful approach in the delivery of public service, adding that he built a team and promoted from within the department, which was a testament to his great staff and succession planning. Basar told Council retirement has been good and relaxing and he’s confident in current Chief Scott Mannor and Deputy Chief Michael Dunn, who were in attendance at the virtual meeting along with several residents. Basar thanked the Mayor and council and said he appreciated having the opportunity to serve as chief. Basar said he’s extremely proud of the department and everything they were able to achieve over his time, adding he’s looking forward to great things from the department ahead under the new leadership.

The second proclamation of recognition was presented Paul Streng, who has 51-years of unbroken service to the City in various capacities. He most recently stepped down from the Planning Commission, which he has chaired for the last two decades.

Streng is a former firefighter, council member, mayor, and a member of planning commission from 1988 to August of 2020. The proclamation was read aloud although Streng was not in attendance at the meeting. Streng was said to have helped guide a number of projects to completion as mayor and among those noted was the creation of West Street Park, after demolition and environmental clean-up from the former Bruce products building. He was said to have guided major developments in the city’s northern tier and continued success in the award-winning downtown.

Mayor Nick Proctor commented that Streng’s extensive knowledge of the City helped Council and the Planning Commission navigate many difficult decisions - adding he always sought public input on any matter big or small. Proctor added that Streng was never shy in sharing the good, bad and ugly – adding Council appreciated his contributions and wished him well in retirement.