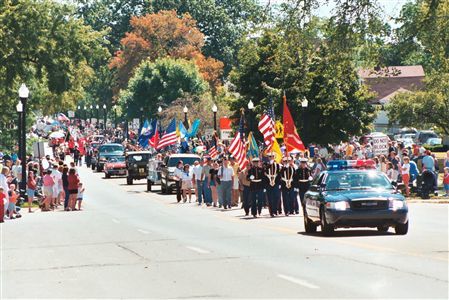 
Although Memorial Day parades have been canceled throughout Livingston County, one local community is planning an alternative celebration.

The Howell City Council meet virtually recently and it was noted that the Memorial Day parade has been canceled but plans are in the making for a virtual parade and activities that can be done while practicing social distancing. The City is working with the American Legion Devereaux Post 141 to plan events. Interim City Manager Erv Suida said they feel it’s an important event and although the parade has been canceled, they still want to celebrate the occasion and honor sacrifices made. It was announced during the meeting that plans are in the works for a virtual parade that could perhaps end with a Facebook Live wreath-laying ceremony at the Livingston County Veterans Memorial. Councilman Randy Greene told Suida and Council that he’s had experience with some virtual events, including leaving church. Greene suggested the City invite community members to submit a short video, in this case of people holding a flag or poster. Suida replied that was a great idea and they were also somewhat on that same thinking track. He said they’re looking for pictures of people who have veterans and loved ones that have given their lives but said he thinks it’s a great idea to reach out to the community and those could added into the virtual parade leading up to the event.

Meanwhile, Brighton VFW Post 4357 Commander Steve Conaway told WHMI they’re canceling the parade held downtown on Saturday, May 23rd because of social distancing. Conaway said he hopes that people on Memorial Day, May 25th will pause and remember the men and women who sacrificed their lives for everyone’s freedom. The Hartland and Pinckney Memorial Day parades have also been canceled, and presumably Fowlerville’s.