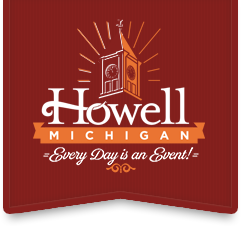 
The City of Howell is looking to move forward with a full re-write of their Master Plan.

The Master Plan is a municipality’s document for how they would guide future development. It is required under Michigan law to, if not rewritten or revised, at least looked at and considered every 5 years. At Howell City Council’s meeting, earlier this week, Council agreed to hire local planning firm Carlisle Wortman Associates (CWA) to perform a “scope of work” for the project.

Community Manager Erv Suida said there are advantages to going with CWA, in that they helped develop the previous plan that was passed in 2015. Suida says they will now have a chance to really develop and rewrite a plan that is robust, incorporates the community and citizenry, and Howell’s commercial aspects. Suida hopes they can create a plan the City will be proud of for the next 20 to 30 years.

Community Development Manager Nick Tafelsky estimated that the City would be saving around $20,000 by going with Carlisle Wortman, compared to bringing in an outside firm. City Council unanimously passed a resolution to have them perform the scope of work for a total project cost not to exceed $83,000. The cost will be split between two fiscal years, with 65% coming from this current year, and the remaining 35% next fiscal year.

The Master Plan rewrite in Howell is expected to take around a year to complete, with lots of opportunities for community input. A memo from Tafelsky to Council states that the timeline for the process is to begin next month and have a plan ready for adoption no later than January 2023.