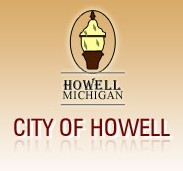 Applications have been received from candidates interested in serving as the City of Howell’s next manager.

28 applications were received through the Michigan Municipal League, which was hired to assist the City with the search following the resignation of long-time Manager Shea Charles in early May. Interim City Manager Erv Suida tells WHMI mayor and council will meet in closed session October 3rd and have an opportunity to go through applications and choose some candidates to interview. The next step would be to set up interviews with selected applicants. Suida says hopefully they’ll be successful finding somebody and can work out an offer and have a new manager. Suida says the initial application review will be done in closed session to ensure the selection process is confidential and that the names of interested candidates remain anonymous, until actual section of applicants are made to interview.

Meanwhile, a separate search is also underway for the next Howell Downtown Development Authority director. Nine candidates applied and three were selected for interviews, which will take place during a meeting scheduled October 1st. Cathleen Edgerly resigned from the role after five years - saying it wasn’t because she wanted to leave but instead because she was offered an opportunity that she couldn’t pass up to return to her hometown of Lansing to serve as its downtown’s Executive Director. Howell Main Street Outreach Coordinator Kate Litwin has been serving as interim director since late August. (JM)