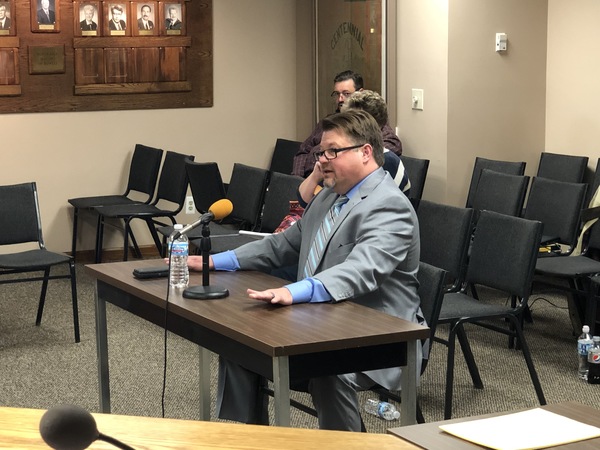 The search is back on for a new Howell city manager.

After lengthy interviews in October, City Council voted to extend a conditional offer of employment to John Light - the current Human Resources Director in Des Plaines, Illinois. However, negotiations proved to be unsuccessful and Light has since declined the city’s offer to become the next manager. A memo from City Attorney Dennis Perkins states that there are certainly reasons for Mr. Light’s change of heart, but the bottom line is that he does not wish to come to Howell and be the city manager. The memo went on to state that Council has worked very hard in arriving at a decision to employ the best person possible to fill the vacant role but unfortunately, it looks as though that work will be continuing for the time being.

Mayor Nick Proctor tells WHMI they were in contract negotiations but Light pulled his name out of contention and was no longer interested so they’re back to square one. The Michigan Municipal League will continue to assist in the search process, which will result in an additional fee but is not expected to commence until mid-to-late January due to the holidays. Proctor says they’ve have talked with the MML, which will bring back a contract extension for council’s consideration. If approved, he says they’ll start over and see what they can dig up for new interviews. Proctor says the established salary range was in the neighborhood of $93,000 and $108,000 and that may have played a role in fewer candidates applying. He noted they will likely increase the salary range a little bit and believe it might have precluded some very good candidates from even considering Howell so they’ll likely ask Council to raise that range and will consult with the MML on what that range might be.

It’s anticipated that Erv Suida will remain as interim city manager until a replacement is found. Proctor says Suida’s interim status ends at the end of December so Council will likely extend that for a period of time to-be-determined. Proctor says Suida is doing a fantastic job so they’re very comfortable in continuing that and have been very impressed.