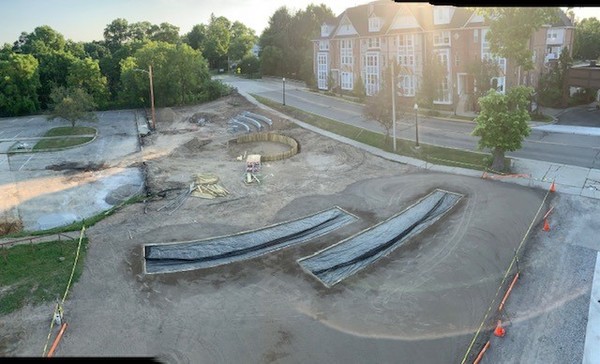 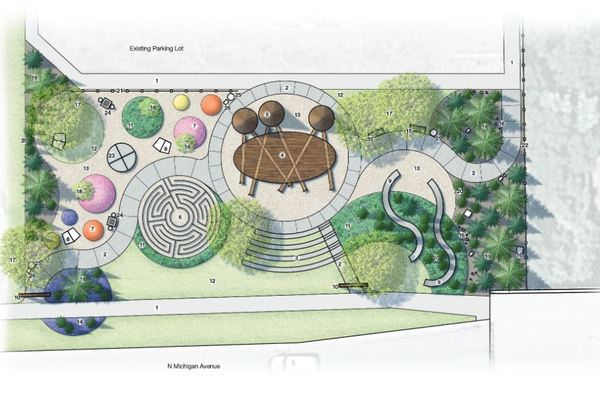 A new whimsical park element in downtown Howell is moving along.

The public gathering project is being funded through a Kaboom Grant and contribution from Thai Summit. The park space will have a whimsical feel and be located behind the Depot Lot and Michigan Avenue. It will feature various components including a corn hole area, a maze, and amphitheater and performance area with a wooden stage.

The Department of Public Services is managing the project. City staff and Downtown Development Authority staff have been working hard on the project along with a lot of other volunteers, local contractors and suppliers. It’s been dubbed a true community project based on all of the support and donated labor and supplies.

City Manager Paul DeBuff updated Council during a recent virtual meeting and said the project is going very well. DeBuff stated the water tap was completed to provide water for irrigation, the amphitheater seating and steps are complete and miscellaneous concrete and fence was removed this week. He noted the maze should be completed next week.
DeBuff further commended a contractor during the meeting that had been working on the topsoil, sand and leveling stone; which donated the materials for the work already done. DeBuff said it was nice to see, adding the City is saving more money and building community spirit.

The goal is to have the entire project wrapped up by early to mid-October. A link to the concept plans is provided. Facebook photo.