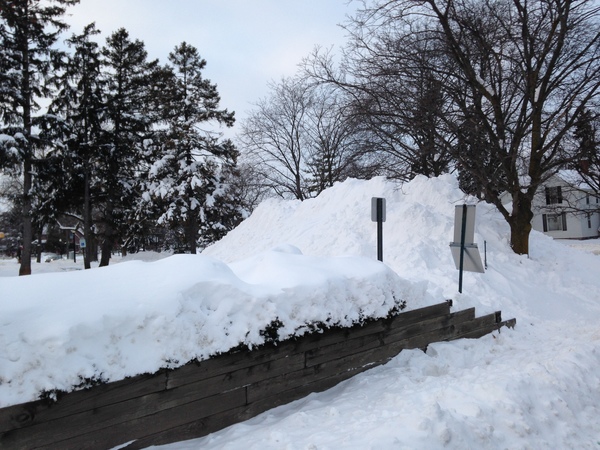 
Snow removal efforts are continuing in many municipalities, including the City of Howell.

During Wednesday’s virtual meeting of the Planning Commission, member Nathan Voght commented that he walks regularly in the Barnard Street area but noticed snow wasn’t being removed in front of some City-owned properties.

Community Development Director Tim Schmitt said he would pass that along to staff, noting it has been a challenging season thus far because the snow cycles are happening with such frequency. He noted there are several properties throughout the City that haven’t been shoveled at all because there has only been a couple-day window when they were technically in violation. Snow must be removed after 24 hours after the end of snowfall but Schmidt said that has pretty consistently been rolling into the next dusting of snow and there are some people who are really testing the City this year on that.

Schmidt asked anyone who notices locations where snow isn’t being removed to pass them along. He noted they’ll be sending out a couple violation notices to some of the more problem properties, but there are a lot out there and they’re trying to catch up – adding they’ve also reached out to downtown businesses.

Schmidt commented that City crews have been trying to keep up and move shifts around to get everything done and were still hauling snow on Wednesday night.