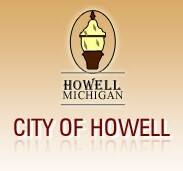 City Manager Erv Suida reported the Fantasy of Lights Parade last Friday was great and they haven’t seen crowds like that in a long time, noting everyone was happy and it was “like the good ole’ days”.

That might have not been the case though had it not been for the work of DPW employees in isolating a water leak.

Suida stated they had to shut off water last Wednesday in a large part of the South Michigan Ave area after some DPW staff noticed a leak and took a sample from a very small stream of water that could have just been melting snow – which determined it was treated water that was leaking. He said it wasn’t very noticeable at first but it was there and ultimately, leaking “pretty good”.

The leak was in an area under the proximity of the railroad and Suida said had it gone left unchecked, it could have saturated the subsurface and caused much bigger issues.

Suida commended staff for noticing the leak, being able to pull together all of the needed MDOT railroad permits, and isolating the leak for now until they can come up with a larger repair.

Suida commented that they certainly stopped a mess for the parade and Small Business Saturday, noting water leaks never go away and they only get bigger so that small leak would have been much worse in a few days. He said staff did a really good job of just being observant but gave further kudos to DPS Director Matt Davis and his team for coming up with a great plan to get it isolated.

Suida added the area where the leak was located was 25-30 feet deep and crews were able to get the repair done in a day.