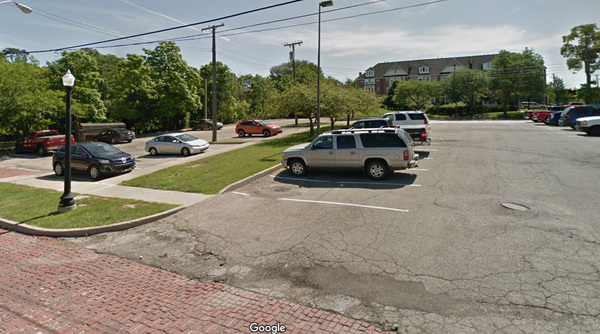 There appears to be renewed interest in potentially developing the Depot lot in downtown Howell.

City Council met last week and members were informed that the City had received an unsolicited offer regarding the possible purchase of the depot parking lot, which is currently a municipal parking lot that holds around 64 spaces. The depot lot located at Wetmore and Walnut Streets by the historic train depot and behind the DDA building. This was said to be the second unsolicited offer on the property within the last few years so staff had sought guidance from mayor and council on how they want to proceed. Interim City Manager Erv Suida says there is interest in development on the lot, although very preliminary at this point, but he wanted to reach out to the mayor and council first to see if it’s something they’d be willing to entertain and it seems like they’re interested.

Parking is definitely something to considered when it comes to any potential sale as the City is dealing with increased development and likely will be grappling with a future parking shortage. A staff memo noted that the lot is currently used by several businesses in the area for employee parking, especially since additional lighting has been added. Thus eliminating the lot could have a negative impact on other parking areas and lots. The memo states that further the property was recently designated as the area for a Kaboom! grant project and a local company has committed funds as a major sponsor. The City is also in talks with the Howell Carnegie District Library to provide up to 26 additional parking spaces as part of a separate potential redevelopment deal.

The City is a Redevelopment Ready Certified community as part of that, the City has been engaging with the Michigan Economic Development Corporation on marketing and development potential for what has been dubbed the City’s main priority site. It’s a downtown block bounded by Walnut, Wetmore, Center and Clinton. Half of the property is currently owned by the library and half by local businessman Joe Parker. One of things being looked at is getting both owners to work together and perhaps sell both properties so that a development could come in for the entire block, instead of doing half at a time. However, any project involving redevelopment of the property for a use other than parking will need to address the library’s parking needs in some way. Council agreed at a September meeting that moving forward, it would like to be a part of the solution and there are potential options to help fill the library’s parking gap.

Despite parking challenges, Council seemed open to the possibility of selling the property for the right price and right project. Mayor Pro-Tem Steve Manor commented he would be willing to engage in discussions but wants to see some sort of plans and an agreement of some type to ensure the project would actually come to fruition. Mayor Nick Proctor indicated he would be open to a mixed—use type project so long as it fits within the City’s vision and master plan. Other members agreed they were open to finding out what the developer wants to do on the site and move forward from there.

Suida said parking is always in consideration but they do have some options in additional areas and will explore that further with Council. He says they’ll bring something more formal forward at the next Council meeting. (JM)