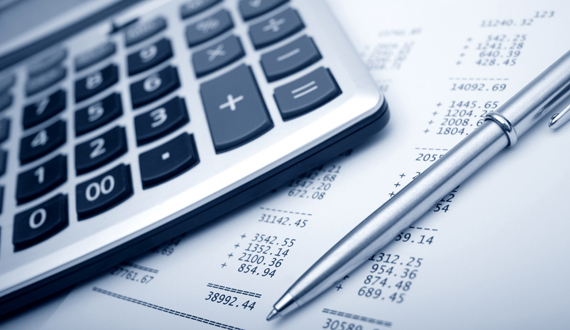 
The City of Howell has received another glowing audit report.

The audit report for the 2020/2021 fiscal year that ended June 30th was accepted by City Council at a meeting in late October. A presentation was delivered by Michael Rolke, a senior manager with the Yeo & Yeo CPA firm. He reported that the City again received an “unmodified” opinion – the best that can be issued. If it was a report card, Rolke said the City would receive an A-plus.

Rolke reported there were no material weaknesses or significant deficiencies - meaning no significant issues were identified during the audit. He said the City’s accounting team and staff did an excellent job and the books were materially correct. Rolke stated the City had a bit more revenues this year than expenses due to federal COVID grants received, which increased fund balance by just over $700,000 this year. He said overall, the year-over-year trend for revenues and expenditures generally stays pretty close and the City is very good at matching.

Rolke said one common misconception is that they’re there to detect and find fraud but there are different studies for that purpose, commenting that it actually very often it goes undetected unless there’s a whistleblower. He said their purpose is to make sure the numbers are right, rather than whether someone is stealing or misappropriating funds, but noted they do incorporate elements to detect and correct fraud.

Rolke told Council management’s responsibility is the preparing of the financial statements and the underlying internal controls that help make sure those statements are correct or if there is an error, that it’s corrected in a timely manner.

Rolke reported on a nine-year trend of revenues, saying for the past several years revenues were relatively flat but this year there was an increase of approximately 10%. Some of that was on account of property tax increases and additional federal funding received as a result of COVID-19. In general, Rolke said all expenses remained relatively consistent year-over-year. With the nine-year trend of expenditures in the general fund, Rolke said expenses were up a little bit and there was a 4% increase. He noted that because of the federal grants that were given due to COVID, the City had to have expenditures in order to earn those revenues so an increase in expenditures would be expected.

When it comes to funding pension and retiree healthcare benefits, the City was said to be ahead of the game and many other municipalities. Rolke said pension is 63% funded, which is very good, as the state recommends at least a 60% funding level and many governments are not reaching that and are required to have a corrective action plan. He added that was partially due to the City making an additional contribution this past year.

When it comes to retiree healthcare benefits; Rolke reported there are no specific assets set aside in a trust but based on formulas developed by the state, a corrective action plan for that is still not required because of the level of governmental revenues compared to the amounts the City has to pay in each year for those benefits. He noted there’s a $12 (m) million estimated liability out there that is unfunded however in the eyes of the state, it’s funded enough to not have a corrective action plan.

When questioned about how many municipalities receive unmodified, clean audit opinions; Rolke said it’s uncommon to issue a “modified” opinion – meaning the municipality is really not doing something very good if that happens. He said most do get clean opinions but most also have audit adjustments and it’s much less common to not have an adjustment, such as the case with the City and staff was again commended for their exemplary work.

Council unanimously approved a motion to accept the 2020/2021 audit report.