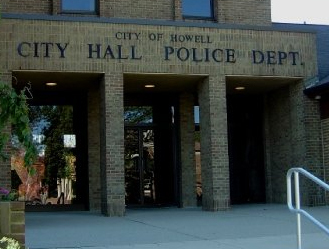 
The Howell City Council has appointed a new member.

City Council held interviews with six candidates prior to Monday night’s regular meeting. Council voted unanimously to appoint Alex Clos to fill the vacant seat left after Councilman Bob Ellis was elected mayor. He was administered the oath of office and sworn in by the City Clerk.

Clos brings a background in commercial insurance as an underwriter and has previously run for various open seats and vacancies on Council. He told WHMI it seems like a long 15 months of being involved and applying when one councilman resigned and then running so getting across the finish line feels good.

Clos said his reason to serve is to protect the City’s assets and the downtown is a beautiful thing. He said there’s a lot of development on the horizon but they have to be careful about what that development will look like. He said they need to make sure it supports the downtown and doesn’t take anything away from it as there are a lot of really great people and business owners. Clos added they also have to look at how they can be more transparent as a City and control their narrative as being a very inclusive, positive community and place to live and “get some of that swagger back for the Howell City”.

City Manager Erv Suida also welcomed Clos to Council during the meeting. He commented that the educational Howell Citizens Academy program was mentioned during the interviews and the City is working on getting that going again. Suida added that almost all of the candidates also mentioned growth and development – which is one of their biggest problems but something they’re aware of and looking forward to working with Council on.

In addition to Clos, the City’s new Finance Director Elle O’Connell was also given the oath of office. She replaces longtime employee Catherine Stanislawski, who retired and has been well recognized for her work, awards and excellence in financial reporting.