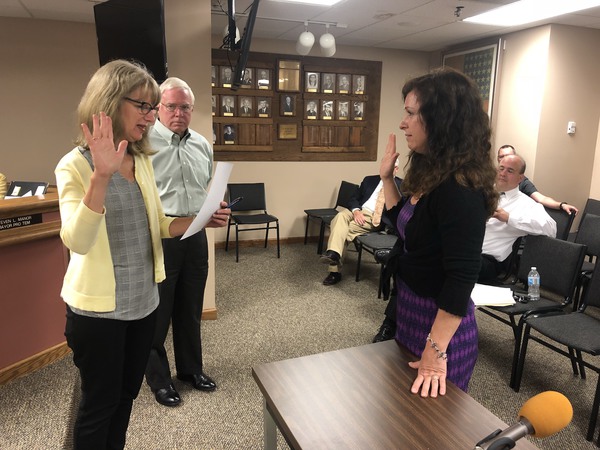 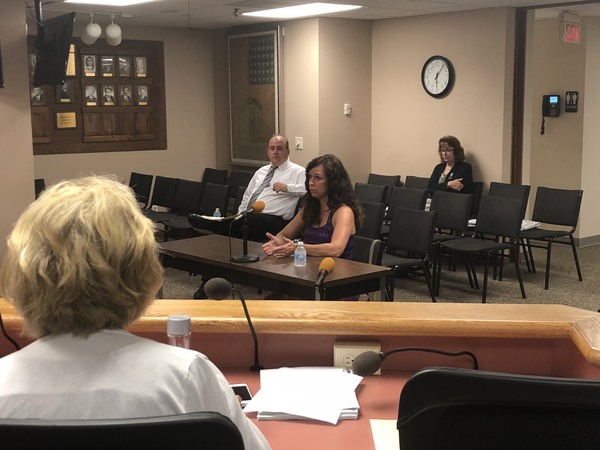 Howell City Council has made a decision on and has sworn in the newest member to its ranks.

Four candidates interviewed Wednesday night for the City Council seat vacated by Scott Niblock, as result of his resignation. Impressed with all four, council selected now-former Planning Commission member Jeannette Ambrose. Howell Mayor Nick Proctor shared his opinion on what put her over the top in his mind. Proctor has worked with Ambrose on the Planning Commission, and he said that while they don’t always see eye-to-eye on things, he sees her thinking process, can understand how she came to her conclusions, and that he respects that. The Mayor said he believes she will bring a due diligence to City Council, and with upcoming budget and Headlee Override issues to wrestle with, will bring a certain amount of wisdom to the process.

A 16-year resident of Howell, Ambrose, along with serving on the Planning Commission, has also served on the city’s Zoning Board of Appeals and the Downtown Development Authority’s design committee. Throughout her interview she consistently pointed to the importance of being a good listener while serving the community. She said she feels the biggest challenge she sees facing Howell right now is the budget and upcoming Headlee Override vote, and that she looks forward to being able to dig deeper into the numbers.

City Council approved her hire unanimously. Mayor Pro Tem Steve Manor said Ambrose was well qualified, supportive of current efforts to stabilize funding, and is informed on city issues. Councilman Michael Mulvahill seconded her nomination and said she conducts herself professionally, is articulate, and rooted in the community. Ambrose was then sworn in and will serve the remaining 3 years and one month of Niblock’s term.

With City Council facing the impending vacancy of Andrew Yost’s seat at their next meeting, members encouraged the other three candidates to keep their names in the hat for that running. Yost resigned Tuesday after it was learned he was facing domestic violence and other charges related to an incident in mid-August. They decided by consensus to open up a new application period for Yost’s seat to the public. The three candidates who did not win Niblock’s seat were told they could re-interview if they like, or use Wednesday’s for consideration, when the time comes for the new appointment. (MK/JK)