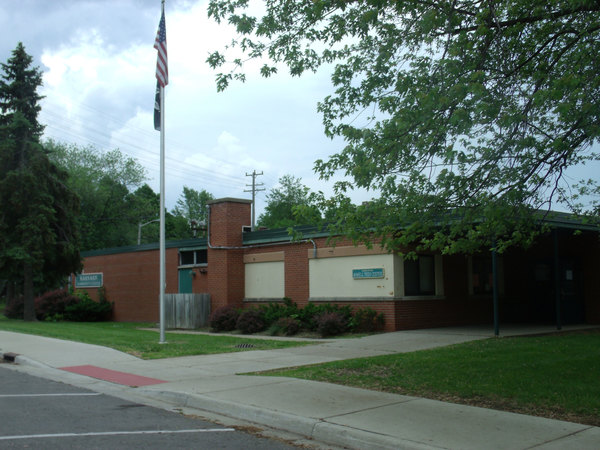 
As work ramps up to demolish the old Barnard Center building in the City of Howell, Council is looking toward the future of the property.

Council earlier authorized the first phase of a property survey to determine how many buildable lots could be created from the area of the former school buildings, without impacting Page Field, the parking lot or entrance to the parking lot. At a recent online Howell City Council meeting, Council accepted the second phase of a surveying proposal from the City’s engineering firm for a cost not to exceed $7,254. That involves the individual lot surveys. Staff noted there are three residential lots across the front of the property that could split, and then still leave space for the entrance into the parking for Page Field. It was noted during the meeting that the survey plan offers a little bit bigger lots than other properties to the south. Council earlier ordered demolition of the building, which is in a bad state of disrepair.

There were some questions raised early on about whether some of the property was designated parkland and if it could be sold for residential development. Attorney Dennis Perkins affirmed the City has legal authority to sell the lots, stating the Barnard Center has been closed for many years and hasn’t been used by the City or Recreation Authority for anything to do with recreation so the city's master plan would apply.

Council members are eager to get rid of the eyesore and restore the property to buildable condition. Mayor Nick Proctor raised some questions during the meeting about how to keep things moving. He asked about the time frame for when they could put a price on lots and gather ideas on marketing – clarifying he just wants to make sure they continue momentum during demolition so they can have a seamless transition from the school to buildable lots they can market seamlessly. Staff told Council after the next survey phase, they’ll proceed to the Planning Commission to review and approve the lot splits. That should be done within the next couple of meetings and it was noted all indications are that they will meet all ordinance requirements. Staff would then likely recommend the lots be sold one at a time to get the “most bang for their buck”.

The company awarded the contract is currently preparing the site for demolition. The City is now in the process of scheduling utility disconnects to take place in the next 2-4 weeks. Once that’s done, its estimated demolition would take 2-3 weeks. The bid contract includes building demolition and foundation removal, complete asbestos abatement and lot restoration. A letter alerting residents about the asbestos issue was sent out on Monday and is posted below.