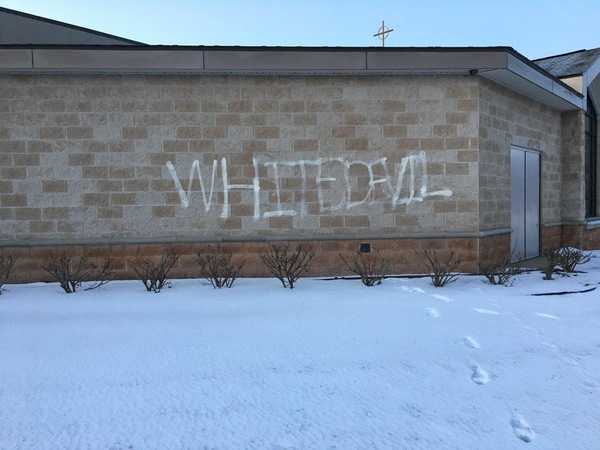 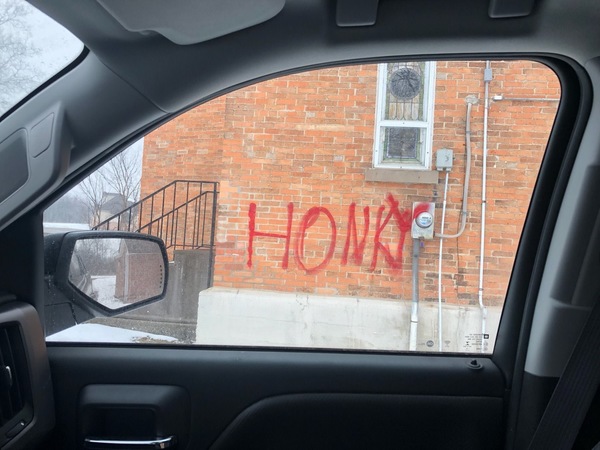 Authorities are seeking information about a vandalism incident where racist graffiti was spray-painted on two Oceola Twp. church buildings.

The vandalism was first found Wednesday at St. John the Baptist Church and more was found on Friday. The vandal wrote “white devil” on one building, and “honky” on another. Surveillance cameras were able to capture pieces of footage depicting an individual who may be responsible.

The subject is described as slender and somewhere between five-foot-nine and six feet tall. The individual was driving a compact car. Anyone with information is asked to call the Livingston County Sheriff’s Office at 517-546-2440 or the St. John the Baptist Catholic Church’s parish office at 517-546-7200. (DK)