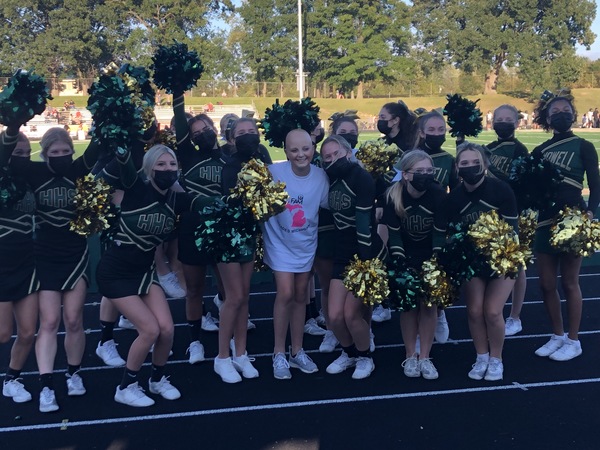 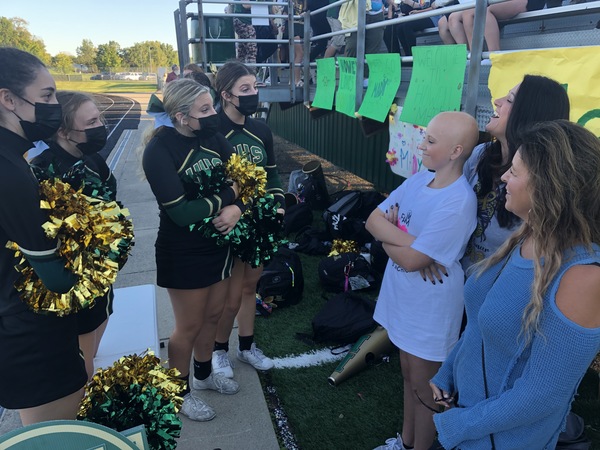 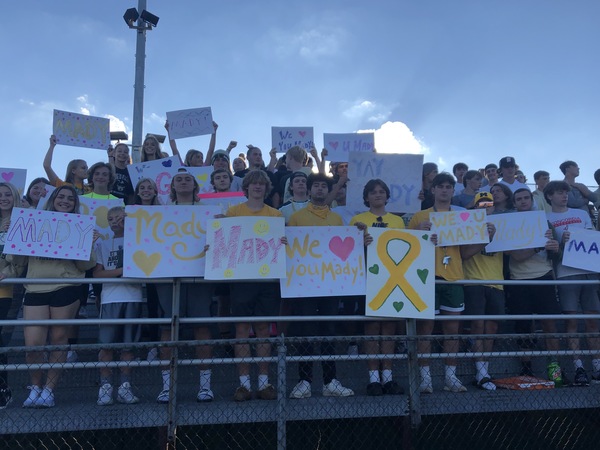 
A young woman battling cancer got the opportunity to live her dream of being a sideline cheerleader with a team from Howell High School.

The Howell Junior Varsity Cheer team invited 14-year old Mady Kelsoe to be an honorary member of their squad for during a football game against Plymouth, Thursday. Mady, her mother Ashley, and supporters arrived at John Dukes Stadium to a packed student body section filled with signs of support.

Ashley said they kept this a surprise from her daughter who loves anything that has to do with cheer and dance. She told WHMI of the ups and downs Mady has braved through her cancer treatment. Ashley said, “(Mady’s) been battling neuroblastoma for almost six years, off and on. She’s kinda had a hard life. She’s gone from getting it clear to it coming right back, so she has to get her opportunities when she can because she’s had a lot of downtime and a lot of times that she can’t do the things at home that she wants to do. So, you know, stuff like this really, really touches this momma’s heart.”

The Kelsoe's are from Alabama and have come up to Michigan for a charity golf outing at Whispering Pines in Pinckney today on behalf of the group, Fighting All Monsters (FAM), to bring awareness to childhood cancer. FAM was established three years ago by its founder, Milk Tyson, who has made it his life’s mission to do the kind of things like this for children affected by the disease.

Locally, Lynne Fialkowski became involved with the group following the loss of her brother to cancer, and Mady became her spokesperson. She said after she invited the Kelsoes up, she thought, they need to do something special. It all came together when a host mom for a couple of Howell exchange students who works with the Neuroblastoma Foundation heard Mady was interested in sideline cheer.

Howell Cheer Coach Leya Carstensen said they jumped at the opportunity to accept Mady and shared how the idea coalesced. Carstensen said, “We have a couple of exchange students on our team this year, and their host mom works with the Neuroblastoma Foundation and heard (Mady) wanted to sideline cheer. She called me up and we were like, ‘of course, we would have her.’” Carstensen said it all came together in less than a week. She called the experience “awesome,” and continued by saying, “Our community came out and they were super excited and they’re giving all their support to this girl. It’s amazing… The kids found out about it yesterday. To have all these kids and all these signs is absolutely amazing.”

Mady got to spend time on the sidelines with the team, talk with them, and take pictures. She said was very surprised and thought they were only here for the golf tournament. Mady said it means a lot for her to have gotten this opportunity.