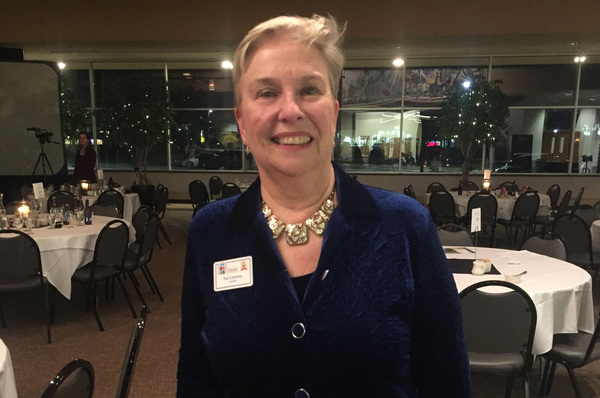 Retirements plans were announced today for the long-time head of a local chamber of commerce.

After 28-years with the Howell Area Chamber of Commerce, the last 15 as president, Pat Convery said today she will retire, effective Friday, March 2nd. Convery says she informed the chamber’s executive board last fall of her plans to step down this year and that they have begun the process of selecting an executive search firm and forming a search committee to assist the chamber in filling the position. An internal interim leader has been selected pending final board approval later this month.

Convery, who was recently named the Howell Citizen of the Year, said the decision was not a hasty one and that while her last day is less than a month away, she didn’t want to prolong her departure. Convery added that she has the utmost faith in the chamber’s “very capable” staff who will, “continue their good work and leadership during this transition.”

Convery began her tenure at the Howell Chamber in 1990, managing the Michigan Challenge Balloonfest and then later adding communication and marketing responsibilities. She advanced to become the chamber president in January of 2003. In her time in that role, the Howell Chamber was named the 2016 Outstanding Chamber of the Year, while Convery twice received the Michigan Chamber Professional Award. (JK)