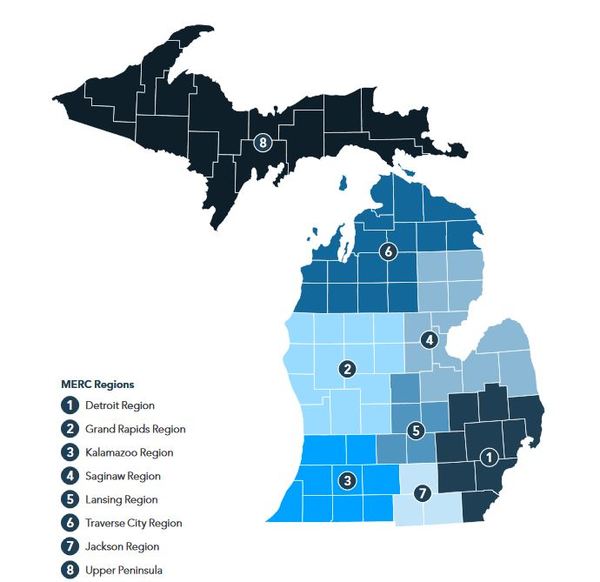 
Business leaders in the community are coming together to ask the Governor to change Livingston County’s region in her MI Safe Start Plan.

The MI Safe Start Plan, implemented earlier this month, outlines how re-engagement of Michigan’s economy can take place within phases in different regions across the state. Livingston County is in region 1, which includes the hardest COVID-19-hit counties, despite lower numbers than 8 of the 9 in the region. Based off region numbers, this Detroit region would be the slowest to fully re-open.

Thursday, the Howell, Brighton, and Hartland Chambers of Commerce, along with the Livingston County Visitors Bureau joined fight with local legislators to request being moved into the neighboring Lansing-area, region 5. Together, the Bureau and Chambers have written a letter to Governor Whitmer, entitled “A United Front for Livingston County.” In it, they point out that Livingston County is already included in the Lansing Region of the Emergency Preparedness region developed by the Michigan Department of Health and Human Services.

Greater Brighton Area Chamber President Pam McConeghy writes that while they recognize there is a significant portion of the Livingston County community that commutes east, the state’s numbers reflect the spread has slowed significantly locally. Howell Chamber President Janelle Best said the Livingston County Chambers collectively represent thousands of businesses who have worked hard and are ready to open with proper procedures and plans in place.

A full copy of the letter can be found below.