Howell School Board To Wait On SCOTUS Vaccine Mandate Ruling 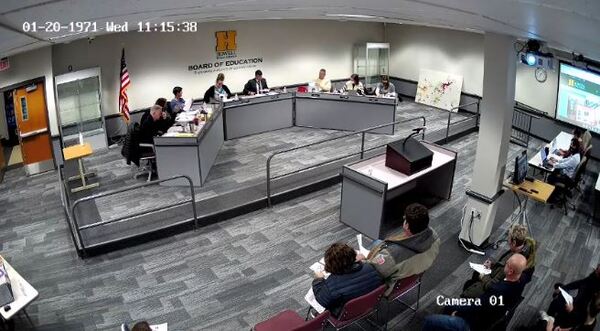 
The Howell Public Schools’ Board of Education has elected to wait on the Supreme Court before going forward with any decisions regarding President Joe Biden’s vaccine mandate.

Howell Superintendent Erin MacGregor brought a policy to the Board of Education, this week, should the mandate clear the Supreme Court and be adopted by MIOSHA before the Board is able to meet again, on February 14th. MacGregor called it a “very fluid situation,” and made clear that this policy has to do with the district’s 600 employees, and not the students. He said the policy is conditional upon the mandate being enacted, and it if never is, then it wouldn’t go into effect.

If enacted, failure to comply could potentially cost the district $7,000 to $70,000 weekly. Board Secretary Courtney Tarara said that if it becomes law she doesn’t see them having a choice, but until it does, she says they do. She said, “But I do have a problem until it’s a law, saying we should go ahead and pull this trigger. And then what happens if these teachers start scrambling to get vaccinated that don’t want to get vaccinated because they’ve had over a year to do it? And then, all of a sudden it gets killed and it doesn’t move forward. In my mind, that’s not being responsible either.” She continued, saying she has zero desire to put the district at risk and zero desire to go against mandated law, “but I don’t want to jump a gun, either.”

Trustee Marcus Wilcox, who is an attorney, said he wanted to wait for the Supreme Court’s opinion because it may bring forward things they haven’t thought about yet.

Board Vice President Brent Earl also wanted to hold off until necessary and perhaps take a closer look at some of the wording in the policy. He and others on the Board said they were okay with being called back for a special meeting if needed.

They voted unanimously against the policy allowing the Superintendent to work toward the possible implementation. MacGregor cautioned that there could still need to be some work done in case of a sudden enactment, because they can’t just flip a switch and be ready to go with this.