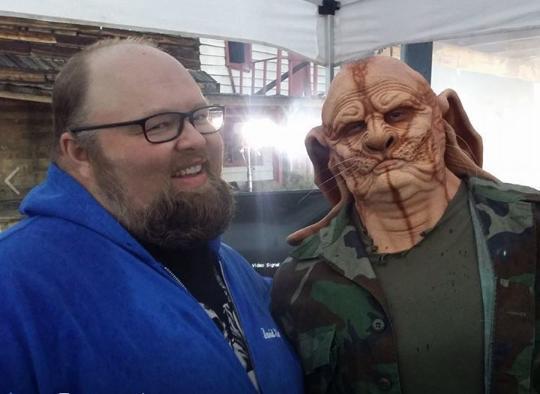 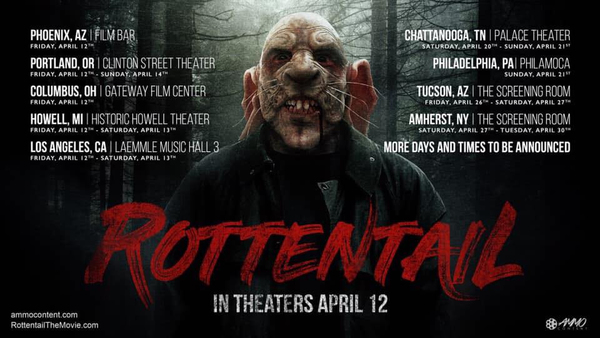 A Livingston County man’s story of a mutated rabbit will hop into theaters nationwide starting this Friday.

David Hayes, who grew up in Howell, says he originally wrote the basic story of Rottentail in the early 2000’s but didn’t get it published until 2015 when Michigan-based Source Point Press picked up the graphic novel version he co-authored with Kevin Moyers. Hayes says it quickly became one of his more popular works, telling the ridiculously funny horror story of a fertility researcher by the name of Peter Cotton who is bitten by a mutated rabbit, causing him to change into a humanoid rabbit creature known as Rottentail who then embarks on a revenge fueled killing spree that leads him to his hometown of Easter Falls.

Soon it was optioned for a movie, which stars Corin Nemec (pictured in makeup along with Hayes on the set of the movie), who most will remember as the star of the 1990’s TV show “Parker Lewis Can’t Lose” as well as from “Stargate SG-1”. It will be released nationwide this Friday in about 20 cities and then be out on Blu Ray and DVD by April 26th. Among the theaters showing Rottentail will be the Historic Howell Theater with two 9pm showings, one on Friday and another on Saturday night. Hayes says he and Executive Producer Travis McIntire will be at both of the Howell screenings and look forward to meeting and talking with fans. (JK)