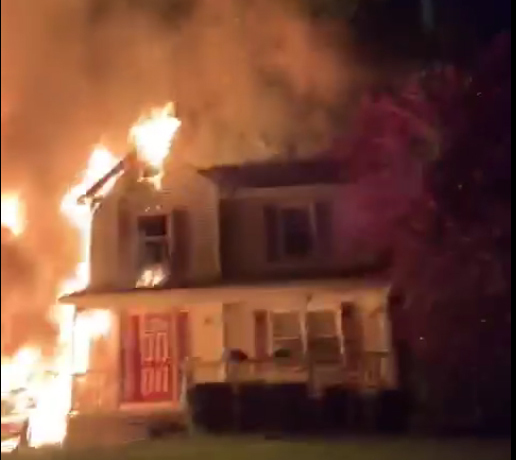 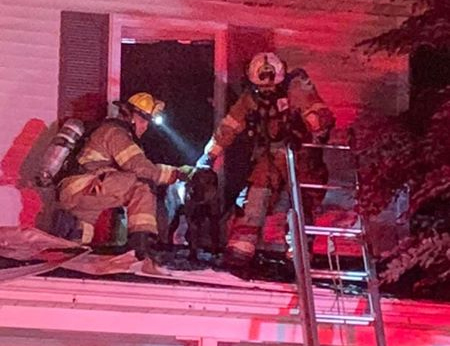 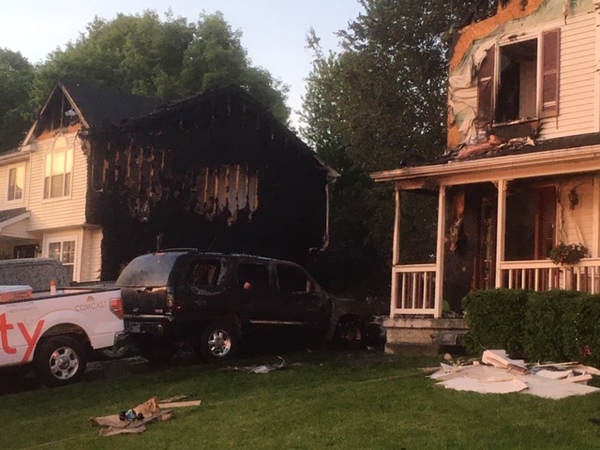 Two Oceola Township families are safe after an early morning fire broke out in one home and spread to a neighbor’s. The Howell Area Fire Department responded to a house fire at 4:11 this morning on Hickory Circle Drive in Oceola Township.

Chief Andy Pless said they arrived to find the garage fully involved in fire that was spreading to the second floor and attic of the initial home. The fire had also spread to the neighbor’s house next door, up the side of the house to the attic. The family of the first home had evacuated through a 2nd floor window onto the porch roof, and was stuck there until another neighbor saw the fire and brought a ladder, helping them get down. Firefighters were able to rescue the family’s chocolate Labrador which was stuck on the second floor. Both families, and the lab, are safe and suffered no injuries.

Chief Pless said they don’t know the cause of the fire yet, but will investigate it with insurance investigators on Wednesday.

The HAFD was at the scene for 2 hours, with the Brighton Area Fire Department covering their calls on standby. They were assisted at the scene by Livingston County EMS and the Disaster Assistance Response Team.