Author To Discuss History Of Tiger Stadium At Upcoming Event 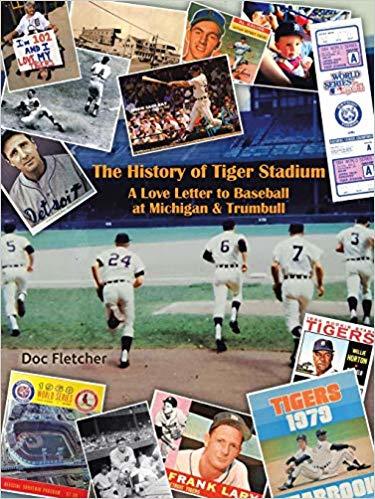 An upcoming book signing event at a local library will feature the history of Tiger Stadium because although the structure is gone, the memories remain.

The Howell Carnegie District Library is kicking off its next month of adult programming with Doc Fletcher who will discuss his latest book “The History of Tiger Stadium: A Love Letter to Baseball at Michigan & Trumbull”. Attendees will be able to hear stories about characters on the field, in the stands, in the press box and the ballpark’s neighborhood. The event is said to be timely as the 20th anniversary of the last game played in Tiger Stadium was September 27th, 1999.

Adult Service Librarian Brandi Tambasco tells WHMI Fletcher has written nine other books but this latest book is the first to deal with dry land as he usually writes about Michigan’s rivers and canoeing. She says Fletcher has been at the library before to talk about his canoeing adventures but Tiger Stadium is also near and dear to his heart. Tambasco says he won the Michigan Library Association’s Author of the Year award in 2017. She says it’s given to Michigan authors or those who write about Michigan so he’s been pretty important to Michigan’s culture and likes to celebrate it and share the history of it.

The History of Tiger Stadium will take place on Wednesday, October 2nd in the Meabon Room of the library from 6:30 to 8pm. A book signing will follow the presentation and there will also be a door prize drawing with Detroit Tigers memorabilia. No registration is required for the event.(JM)