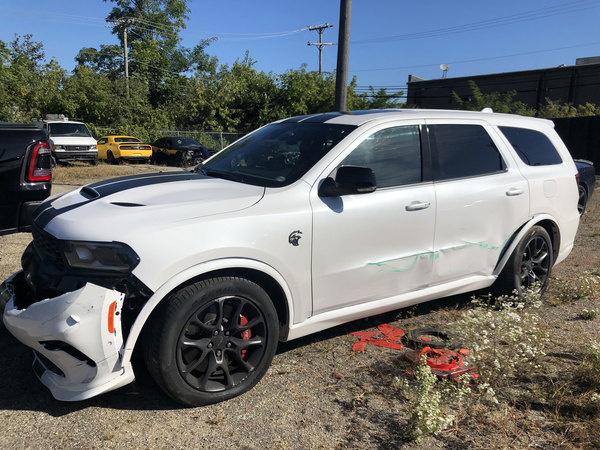 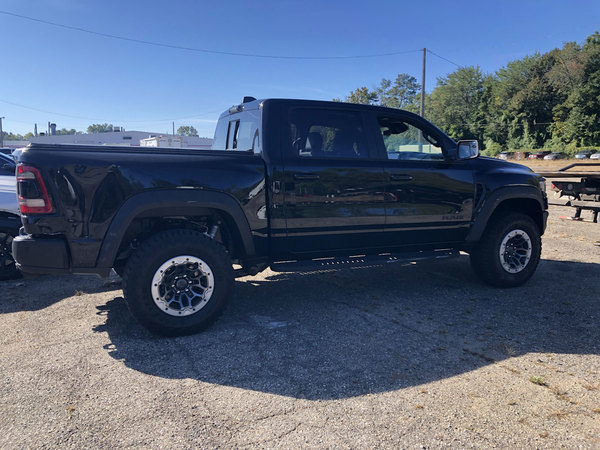 
Four men have been arrested in connection with what was said to be a brazen theft of four high-end vehicles valued at $329,000 from a Highland Township car dealership – including two stolen off the showroom floor by driving through a glass door wall.

Three Detroit men were arrested Wednesday in Birmingham while in possession of a 2021 Dodge Durango Hellcat SRT, which had been stolen earlier that day from Szott Dodge on East Highland Road. The suspects are not believed to have originally stolen the vehicle but paid the thieves $5,000 cash for one of the vehicles, which was valued at about $100,000.

Detectives said the vehicle thefts are connected to several “smash and grab” break-ins at several gas stations in Waterford Township and White Lake Township where cash, cigarettes and other miscellaneous items were stolen by suspects matching the description of the car thieves.

Sheriff Michael Bouchard said “This was great cooperative police work that resulted in the apprehension of numerous individuals involved in what was clearly a commercial auto theft ring”.

While Deputies were investigating the break-in and theft at the dealership, they learned of the gas station break-ins. Detectives from the Oakland County Sheriff’s Auto Theft Unit (OCAT) tracked the white Durango to a location in Birmingham. Detectives attempted to stop the vehicle and it became inoperable after the driver crashed it into a brick wall.