Suspect Sought For Arson At Post Office In Highland Township 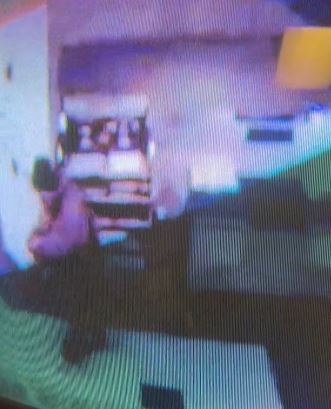 An arson investigation is underway following a fire in the lobby of the post office in Highland Township and tips are being sought to identify a suspect.

Deputies with the Oakland County Sheriff’s Office Highland Township substation responded to the United States Post Office located at 376 Beach Farm at around 10pm Sunday for a burglary alarm.

Upon arrival, deputies observed flames and smoke in the front lobby. The Highland Township Fire Department responded to the scene and extinguished the fire. The lobby of the Post Office is open 24 hours a day and seven days a week. There was said to be extensive damage of well over $100,000. No injuries were reported.

The Fire Department requested an OCSO Fire Investigator for a cause and origin investigation. A representative from the United States Postal Inspector’s Office provided surveillance video of the incident. A link is provided but the OCSO says the original video with better quality will be released later this week.

The video revealed a female subject entering the lobby, igniting paper, and placing it inside of a trash receptacle. The suspect is described as an unknown white female wearing a black hat, gray coat, carrying a red handbag and wearing white tennis shoes.

A report states the fire is considered arson and a joint investigation is ongoing by the Postal Inspector’s Office, the OCSO Fire Investigations Unit, the Bureau of Alcohol, Tobacco, Firearms and Explosives and the Highland Township Fire Department.

Tips are being sought from the public and can be made anonymously. Anyone with information is asked to call Crime Stoppers at 1-800-SPEAK-UP.