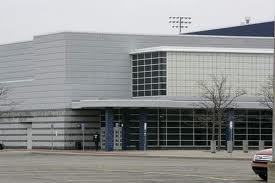 Michigan health officials found that an area high school had been improperly storing chemicals in its science labs during an investigation that was spurred by concerns about a high number of cancer diagnoses among staff.

The Detroit Free Press reports that the Michigan Occupational Safety and Health Administration fined the Walled Lake school district $2,100 and ordered it to address the chemical storage issues at its Central High School. Health officials received complaints from staff about possible cancer concerns in 2017.

Michigan State University Dr. Kenneth Rosenman discredited the chemical storage issues as a possible cause. Rosenman says it's likely that many schools are improperly storing chemicals and cancer often takes years to develop. District official William Chatfield says some teachers were diagnosed with cancer shortly after joining the school. He calls the correlation "random at best." (AP)