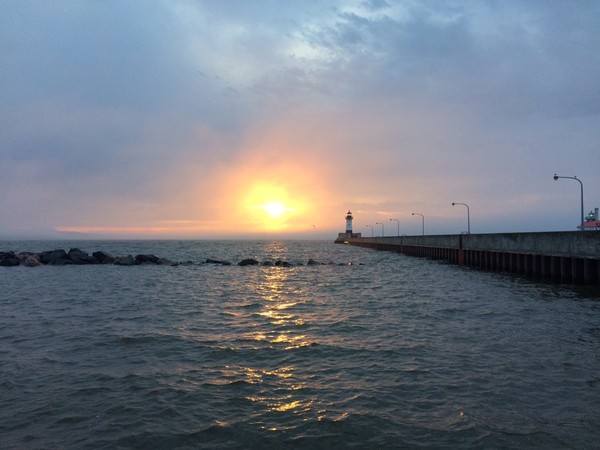 
High water levels are forecast to continue on all of the Great Lakes, leading to more potential flooding and shoreline erosion.

Multiple record high levels were set on the Great Lakes in 2019 resulting in increased risks from erosion and coastal flooding - impacting where people live and work along the Great Lakes shoreline and causing direct impacts to homes and valued property. The Corps is urging those impacted by the high water levels last year to be preparing for similar or worst impacts over the next few months.

Deanna Apps is a Physical Scientist for the U.S Army Corps of Engineers Detroit District, which monitors Great Lakes levels and Lake St. Clair. For month of May, three lakes set monthly water level records – Lake Michigan-Huron, Lake St. Clair and Lake Erie. Apps says Lake Superior was slightly below its record from last year that was set in May of 2019, as was Lake Ontario, but both are still above average for this time of year. As for the 6 month forecast – Apps says most notable is Lake Michigan-Huron. She tells WHMI the current forecast indicates water levels to remain above or at record highs through September.

Apps says flooding and shoreline erosion are still a concern, especially Lake Superior and Lake Michigan-Huron as they typically reach summer peaks later than the other lakes. Lake Michigan-Huron is forecast to reach its monthly mean water level peak in July and Lake Superior should to reach its peak in August. Apps says even though some lakes might be slightly below their record highs over the next couple months, levels will still be well above average and very high or just below record highs.

Apps noted that Lake Michigan-Huron has set records every month in 2020. She says those are considered one lake for forecasting purposes because they’re connected at the Straights of Mackinac and they rise and fall together. Apps noted the seasonal decline was about half of what it typically is. She says starting in January, records have been set each month and that’s forecasted to continue at least through the summer.

Meanwhile this being the time of year when recreation along the shorelines increases during the summer months, Apps advises anyone planning to be on the lakeshores for any of the Great Lakes to continue to use precautions and be aware of the situation. Apps says they’ll see how things play out but hopefully it will be a drier summer and that will help some of the lake levels go down a little bit. She says even if we do get really dry weather, the lakes are already at such high water levels that flooding and erosion will continue to be of impact throughout the rest of this year. Apps says it seems as if there have also been more big storm events in the fall months the last couple years that have produced quite a bit of damage so that’s also something to continue to be cautious about.