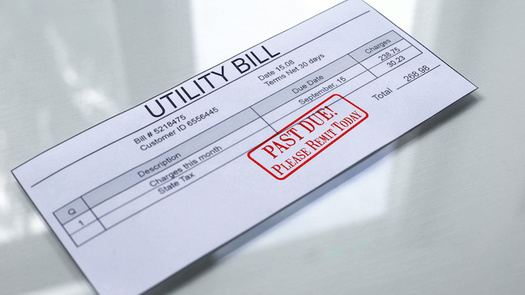 
As families brace for further economic downturn, many are struggling to pay their utility bills.

Some say the novel coronavirus pandemic is a rallying cry for integrating more renewable-energy sources such as solar and wind into the state's electric grid. The fossil-fuel industry is feeling the pinch from an overall drop in demand for energy in the U.S. since the onset of the COVID-19 crisis. Nathan Murphy, state director of Environment Michigan, said that could speed up efforts to invest more in renewables. "What that means is, if you're concerned about folks' electric bills, you want our future as filled with renewable energy as possible," said Murphy. "Because that's going to be the cheapest option moving forward."

Michigan is one of twenty-five states without a moratorium on electric and gas shutoffs, and utilities have made differing decisions on actions to take during the crisis. Residents can call 211 or go to mi211.org to learn about resources available for bill-payment assistance.

In July, Michigan Gov. Gretchen Whitmer announced that the statewide ban on water service shutoffs will be extended through this year, with increased demands for expanding renewable energy. According to data from Deloitte Consulting, renewable-energy sources surpassed coal generation for more than 100 days through mid-June this year, compared with just 39 days last year. Murphy said research shows renewables can prevent outages during times of high demand and are becoming cheaper. "Renewable prices for wind and solar and even battery storage now have continued to drop and drop and drop," said Murphy. "To the point where a utility in northern Indiana - right in our backyard - has said it's cheaper to just build out renewables for the future, rather than fossil fuels."

In June, the Michigan Department of Health and Human Services reported making more than $7 million in payments to utilities for more than 17,000 households with past-due accounts.

Photo - Courtesy of Public News Service, which also contributed to this report.