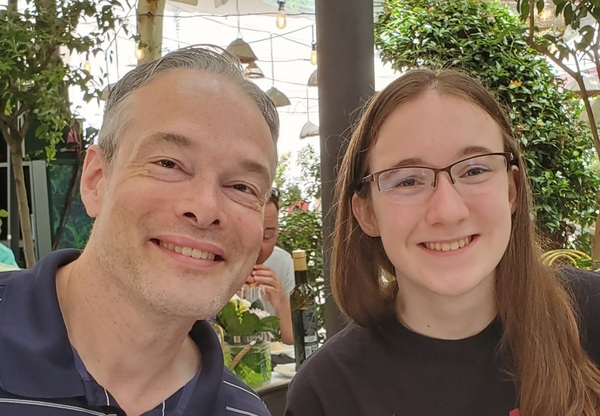 A local father-daughter duo with deep roots in engineering has had their work published in a scholarly journal.

Electrical engineer Mike Hertz and his daughter, Charyl Stockwell Prepatory Academy sophomore Audrey Hertz, recently had a statistical study examining a theoretical model for electrical timing published in the Signal Integrity Journal. Mike, who has had articles published in the past, said that when editors contacted him about this study, he thought this was a great opportunity for his daughter, who has her own interests in engineering, to get involved, assist, and learn about the test equipment. Audrey took all of the measurements and summarized them, working with an oscilloscope for the study. The two, who were guests on WHMI's Viewpoint program, then co-wrote a description of the measurement results.

A study such as one the Hertz’s conducted, could be used to find, for example, something that might have a one-in-a-trillion chance of causing a computer to crash. Mike said this data is often extrapolated to find worst case scenarios.

Audrey said this was a rewarding experience, applying what she has learned from theory to solve a real-world challenge. Excelling in her studies, Audrey has already completed CSPA’s high school level math courses. She even began studying calculus after school wound down following 8th grade. Her interests also belong with art and drawing, leading her father to believe she could be a good fit as a marketing engineer, working with people and coming up with creative ideas. The sophomore has already earned 22 college credits through her studies, and is likely to have earned enough to be considered a junior at Michigan State University following her high school graduation.


The Hertz’s are planning on working on another article next summer, potentially on the topic of filtering and aliasing.