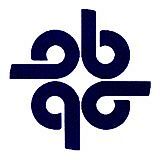 Friday was the last day for a Brighton city official who has gained a lot of respect in the community in a relatively short amount of time.

Henry Outlaw, who has been the assistant to the city manager in Brighton since 2020, is leaving after having been employed by the city for the past three years.

City Manager Nate Geinzer, who himself will be leaving at the end of May, tells WHMI that Outlaw, in his words, “has done a helluva job for the city,” saying Outlaw became his “right hand." In addition to being the assistant to the city manager in Brighton, Outlaw has also acted as the Downtown Development Authority administrator in recent months.

DDA Chairman Tim Corrigan added his own superlatives to Geinzer’s words, telling WHMI that Outlaw “has come a long way, and handles the many different personalities on the DDA well, along with the people the DDA deals with.” Geinzer says the biggest challenge for Outlaw has been the Streetscape project — a joint project between the city and DDA - which is a work still in progress.

Corrigan also says he has been impressed with Outlaw’s "adaptability,” adding, in his words, “I hate to see him go.” Outlaw, who is from Garden City, earned his bachelor’s degree at Marygrove College in Detroit and his master’s in public administration from Eastern Michigan University.

Outlaw says his association with the city of Brighton “has been wonderful,” adding that he has “grown so much personally and professionally" during his tenure. Outlaw is high on the future of Brighton, saying, quote, “COVID was definitely hard, but I am optimistic about the future of Brighton; there’s a lot going for this town.”

Outlaw declined to disclose his future plans at this time, saying he’s exploring two possible positions: one with a municipality and the other in the private sector.