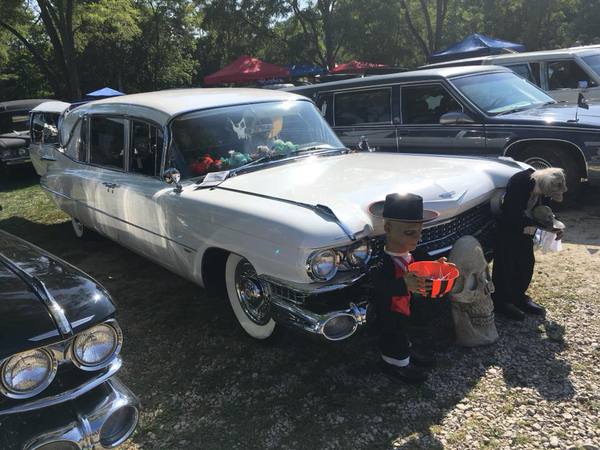 More than 60 hearses converged in Hell over the weekend despite a local township's cancellation of an annual hearse festival.

Hearse Fest organizer Frank Hendeen says the festival was canceled last month after Putnam Township officials denied the festival's permit amid concerns about traffic and parking congestion. However, township officials maintain that event organizers were told last year that they needed a permit to host the event but failed to obtain one. While organizers technically “cancelled” the event, their website encouraged people to, “come see the hearses or drive one to Hell.” Township ordinance requires a permit for any event with 750 people or more. Festival organizers had predicted that the event could attract more than 900 people. Hendeen says the festival has rarely applied for a permit despite running for nearly two decades. Despite the cancellation, more than 750 spectators and hearse collectors came to Hell for a wedding linked to the Just Hearse'n Around Hearse Club.

Livingston County Sheriff Mike Murphy tells WHMI that deputies were on hand to monitor parking and traffic and that most participants were cooperative. No tickets were issued nor any vehicles towed. (JK)