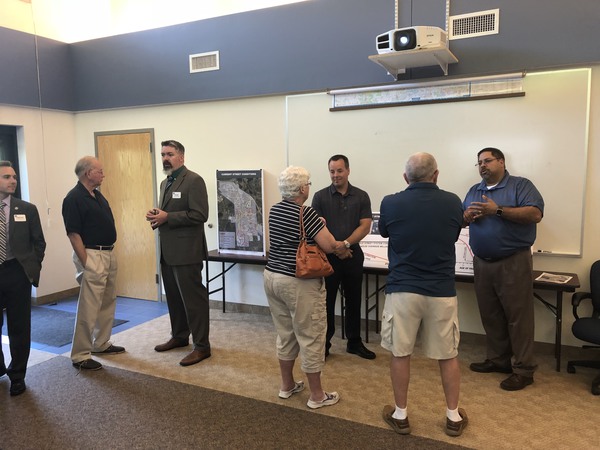 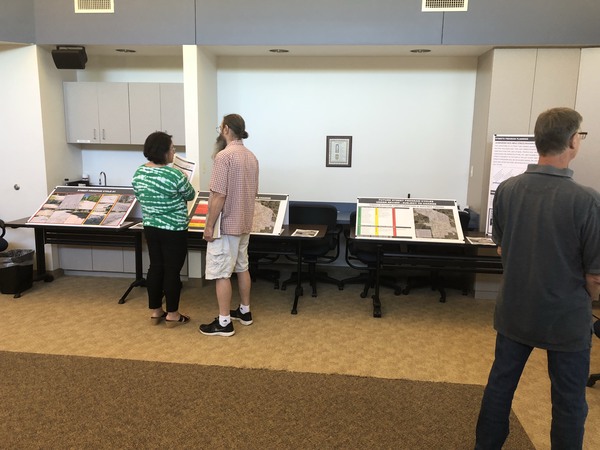 City of Brighton officials held the first of 4 public open houses regarding the upcoming Headlee Override Millage Proposal. A very small number of residents showed up for the informational event that was held at the Brighton Police Department, Wednesday night. On August 7th, voters are being asked residents to override the Headlee Amendment so that the city can levy the full 20 mills authorized under the city charter. Currently they only levy roughly 15.65 mills. If passed, it would cost the average homeowner with a median taxable income of $75,000 an additional $326 yearly in city taxes. Broken down, this comes to approximately an extra $27 per month, or 89-cents per day. This would raise approximately $1.85-million annually that would be used to upgrade city streets. The city would then begin a series of 2 year street programs. Every 2 years for the 10 years of the override they would implement a new program based on updated street assessments.

City Manager Nate Geinzer said the reactions he’s heard so far have been mixed. He said the city understands that “what we’re asking for is not a small ask, but it is a real ask; there’s a real need.” Geinzer said if they don’t start investing a significant amount into the roads, they are just going to get worse and it will end up costing taxpayers more in the end.

The few people who attended the open house were split on their opinions, as well. Those in favor recognized the conditions of the roads and spoke about something needing to be done. One voter said, after running numbers with a city financial officer at the open house, that the override wouldn’t cost him as much as he expected. Others, however, were concerned about living on a fixed income and what taking on the extra taxes would mean. There was also worry about the override making the sale of their home in the future more difficult. Resident Richard Bondy didn’t like the length of the override. Bondy said he would like to see the 10-year term halved. After that 5 years is up, City Council can then “come back to the voters and say, ‘Okay, voters. How’d we do?’”