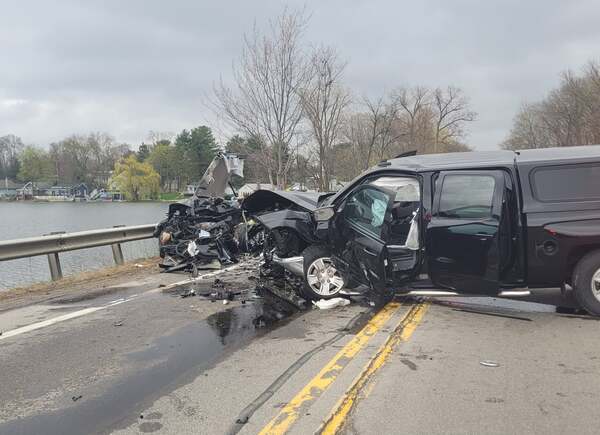 Hamburg Police and Fire Departments and Livingston County EMS were dispatched to a crash involving injuries on M-36, east of the Merrill Road intersection and traffic light. It happened around 9am Monday and upon arrival, crews found a two vehicle head-on collision involving a Ford Fusion and a Chevy Silverado.

A press release states both vehicles had substantial front-end damage and both drivers had life-threatening injuries. There were no other occupants in either vehicle.

Initial investigation revealed the Fusion was traveling westbound on M-36 when the Silverado, which was traveling eastbound, crossed the center line and struck the fusion head-on.

Police say the investigation is ongoing.

Hamburg Township safety personnel were assisted on scene by the Livingston County Sheriff’s Office and the Green Oak Township Police and Fire Departments.