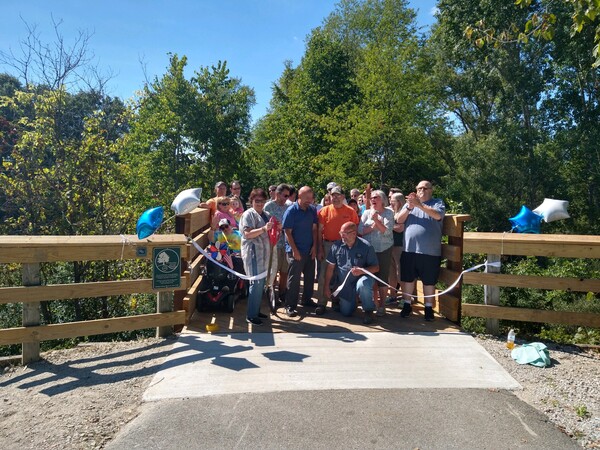 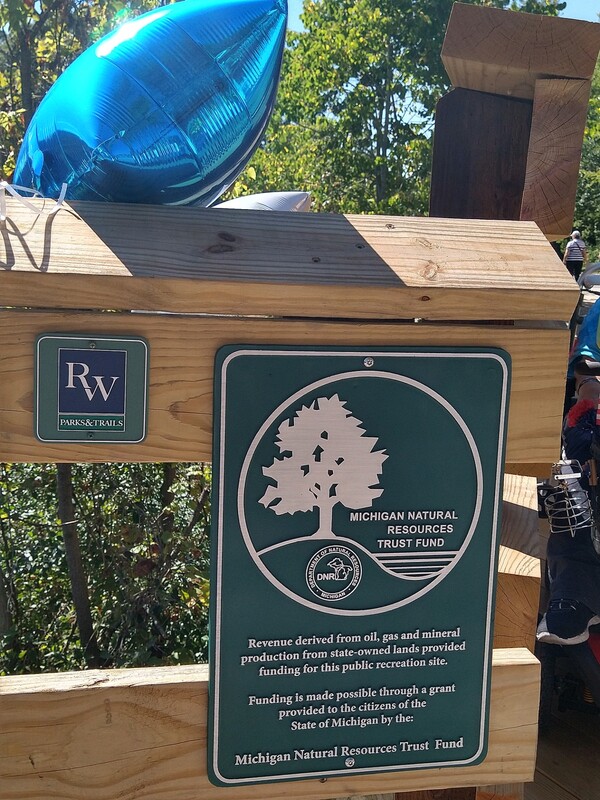 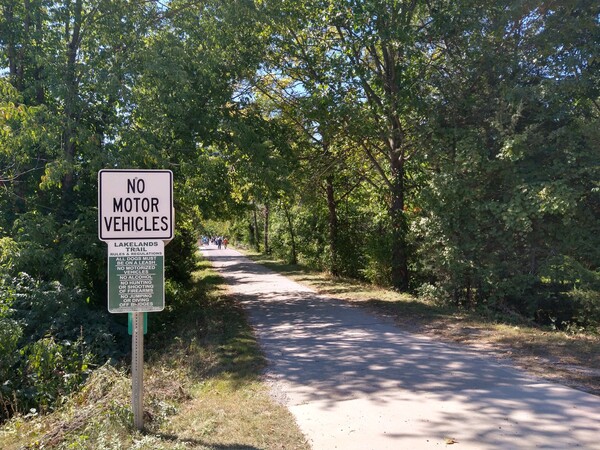 
A ribbon-cutting ceremony to mark the completion of the Hay Creek Bridge renovation project on the Lakelands Trail in Hamburg Township.

Various township officials, leaders, community members and others attended the event held Friday afternoon at the bridge on the trail, just west of Chambers Road.

Grant funding through the Michigan Department of Natural Resources and the Ralph C. Wilson Jr. Foundation made the project possible, as well as township contributions.

A DNR representative and grant coordinator noted this was the second Trust Fund grant the township has received, both for the Lakelands Trail, totaling $175,000. Through the program in Livingston County, she stated there has been $10 million invested for either trail development, parkland acquisition or park development, and sometimes acquisition of trail right-of-way – which really makes a difference in Michigan over other states. She commented that it is a long, involved grant process and congratulated the township, saying they were very happy to be part of the project.

In addition to the ribbon cutting, new plaques on the bridge were unveiled.

The bridge was originally built as a train bridge in the late 1800’s and now serves as a pedestrian/maintenance access bridge for the Lakelands Trail.

For the project, the existing decking and guardrails were removed and replaced, and substructure repairs were made as necessary. Work was completed in June.

Hamburg Clerk and Parks Administrator Mike Dolan stated the township has already applied for another DNR Trust Fund grant, which will be decided in December. That’s a $300,000 request, with a $200,000 township match, for improvements in the Manly Bennet West Park.