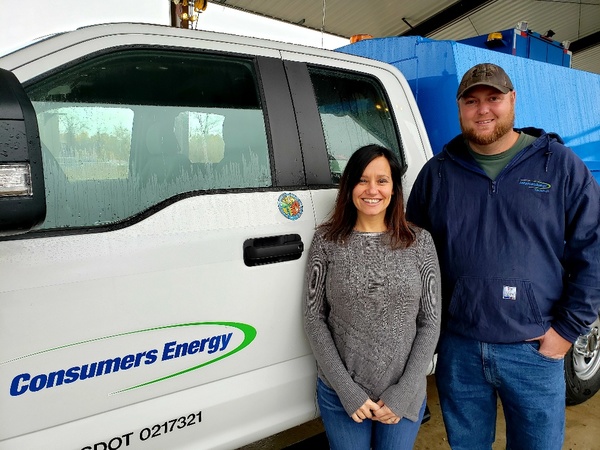 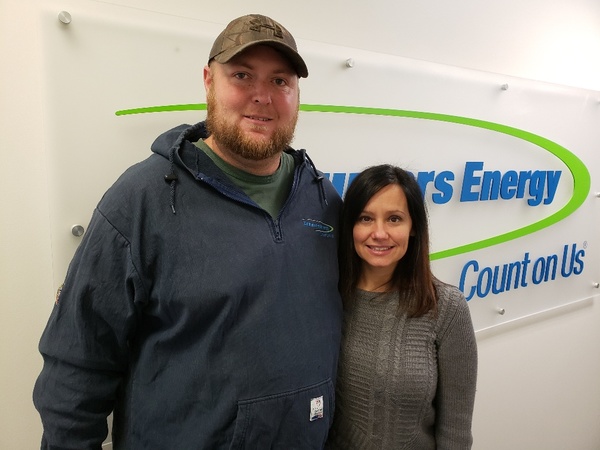 A Hartland Township woman who survived carbon monoxide poisoning and the man she credits with saving her life are sharing their stories as Carbon Monoxide Safety and Awareness Week gets underway.

Carbon monoxide is known as the silent killer and that’s nearly what happened to Michelle Seifer of Hartland Township this past July. As many will remember, that was when massive power outages were being experienced across the region. Seifer was among the thousands without power and had been running a portable generator in her garage with the doors open – just as she had before earlier in the summer and thought was safe but this time was different. Seifer says she lost power on a Sunday night and woke up Monday morning feeling like she had the flu. She ended up calling in sick to work both Monday and Tuesday. That Tuesday afternoon, her carbon monoxide alarm went off and she called Consumers Energy, who sent out Gas Service Utility Worker Travis Fry. He immediately knew something wasn’t right and sent Seifer outside and opened the windows while he investigated. Dangerous levels of carbon monoxide were detected inside the home and he started questioning her symptoms. After some conversation, Fry told her it probably wasn’t the flu and convinced her to get checked out at a hospital.

Seifer tells WHMI she initially laughed it off but Fry eventually convinced her to go. After blood tests, doctors informed her that she was going to be admitted because she was basically suffocating to death and didn’t know it. Seifer says carbon monoxide binds to blood and tricks your body into thinking that it’s taking in oxygen when it’s actually not so a person is basically silently suffocating to death. She the only way to get treatment and the poison out of her system was to be on oxygen for two days pushing the carbon monoxide out of her body. A second test of the home later showed that there was a second source of carbon monoxide leaking in to the house. Seifer says there was also a slow leak coming from the water heater but that was only happening when the hot water heater was running. Seifer says luckily her husband and children weren’t home during those two days because the outcome could have been much different. Seifer says it was all a very surreal experience for her and that something so invisible can be so life threatening – adding she would probably be dead had Fry not made her go get checked out. Seifer says that’s why she’s now spreading a safety message because she was so close to death and refers to Fry as her hero - adding she’s alive today because she had some really good people looking out for her that day.

Fry acknowledged that there are a lot of dangerous situations associated with the job. He’s been with Consumers Energy for five years now and says they regularly encounter these types of situations, although not always as serious. When it comes to going to so many homes and meeting so many customers, Fry said he tries to be as respectful as possible because they’re guests in people’s homes and it’s good to know that he can make an impact - especially to this extent. He was able to get together with Seifer after the incident and learned more about her family and kids and told WHMI it’s pretty impressive the difference you can make in a family’s life, not only Consumers Energy but first responders in general.

Both Seifer and Fry stressed the importance of having working smoke and carbon monoxide alarms as well as other general safety practices. Fry said above all if you think something is wrong or a detector is going off, don’t hesitate to call someone. Carbon Monoxide Safety and Awareness Week runs through November 9th. More information can be found through the link. (JM)